It was only yesterday when Kia revealed the all-new 2016 Cadenza and now the full-size sedan has been caught out in the open.

It was only yesterday when Kia revealed the all-new 2016 Cadenza and now the full-size sedan has been caught out in the open.

The images seem to come from South Korea, so we are actually looking at the K7 as it’s known on its domestic market. That doesn’t really matter as the international Cadenza will look virtually the same and dare we say it’s significantly more appealing than the outgoing model. We are big fans of those Z-shaped LED daytime running lights housed within the headlight clusters combined with four-point LED “ice cube” daytime running lights mounted in the bumper.

A similar “Z” theme can be noticed at the back in the taillights that are interconnected through a thick chrome bar. The new Cadenza / K7 appears to ride significantly lower and could be slightly bigger than the model it replaces. We don’t know what powers this near-production prototype, but yesterday’s official pics showed a “3.3” badge on the trunk. That means one of the motors on offer will be a V6 3.3-liter twin-turbo likely churning 370 PS (272 kW) as in the Genesis G90.

We still don’t have a clear look at the interior, but a teaser posted by Kia earlier this month showed a significantly more refined cabin with higher quality materials. It also had leather padding on the dashboard, elegant wood trim, metallic accents, and a larger screen for the infotainment system.

Full details should be out shortly since the model is getting ready for its South Korean launch.

Special thanks go to Darius for sending us the tip. Additional images can be found at the source link below.

Gallery: 2016 Kia Cadenza spotted in the metal at night looking quite posh 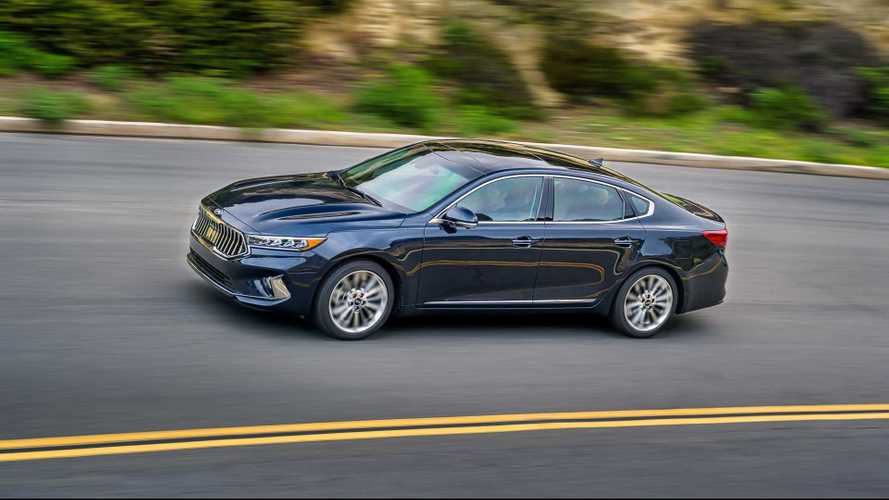