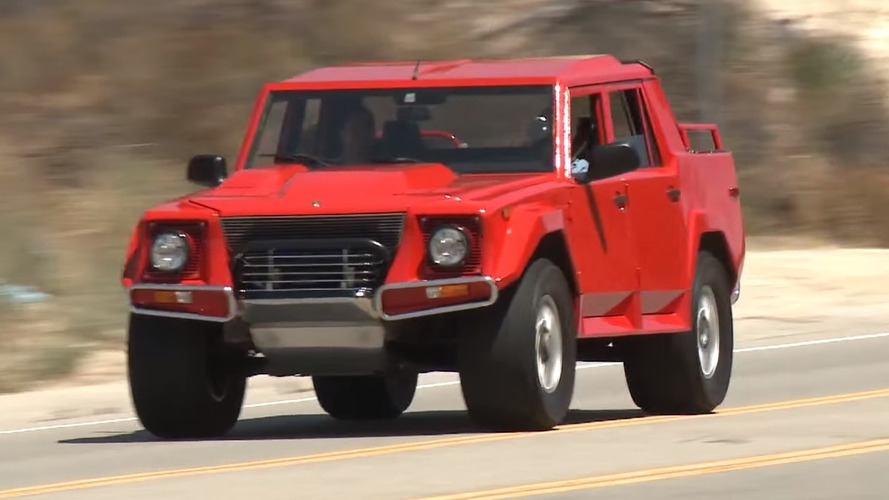 A 1990 Lamborghini LM002 aka “Rambo Lambo” is being featured in the latest episode of Jay Leno’s Garage.

A 1990 Lamborghini LM002 aka “Rambo Lambo” is being featured in the latest episode of Jay Leno’s Garage.

With the V12 heart of a Countach, it’s hard not to find the LM002 an appealing vehicle especially since it’s a Lamborghini designed primarily for the off road. Around 300 cars were ever made and this one here is in mint condition after being serviced by Franco’s European. The vehicle looks rock solid and ready to face the apocalypse as its blocky body gives the impression it can take just about every possible beating.

Back in the day it was one of the most expensive vehicles on sale with a starting price of around $120,000. You can imagine the 5.2-liter V12 is quite thirsty and changing a tire will set you back a massive $4,300, but obviously these are minor details for someone with the cash to spend on such a vehicle. With a ZF five-speed manual gearbox, four-wheel drive system, and an all-leather interior, the LM002 ticks all the right boxes in terms of desirability.

Lamborghini is now working on the LM002’s spiritual successor programmed to come out in 2018 as a production version of the Urus concept. Although it will be a high-performance SUV like the LM002, the modern high-riding Lamborghini won’t have the same off-road capabilities as its ancestor. This isn’t really a surprise taking into account customers in this segment never actually leave the tarmac.

Gallery: Jay Leno reminds us why the Lamborghini LM002 is ridiculously awesome [video]