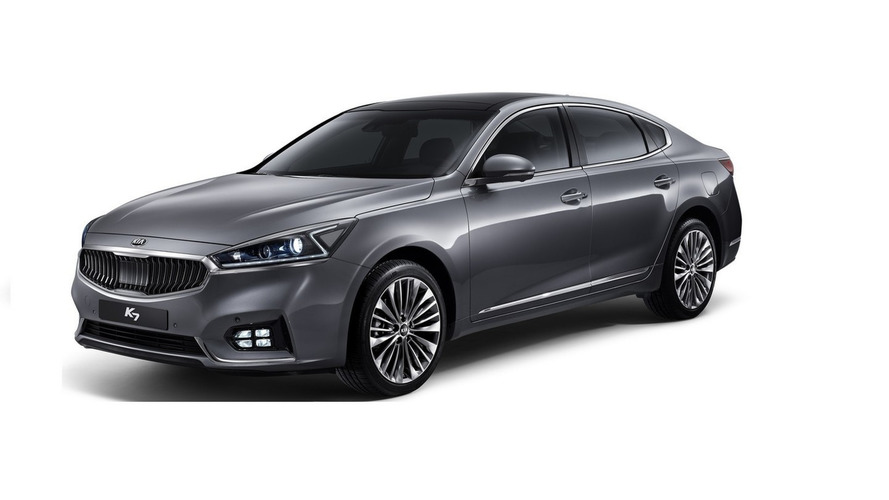 Following a teaser released earlier this month, the Kia Cadenza has been revealed in this pair of first official images.

Following a teaser released earlier this month, the Kia Cadenza has been revealed in this pair of first images.

The next-generation K7 as it’s known in South Korea is being billed as an all-new model and judging by the exterior design it seems Kia wants to take the full-size sedan further upmarket. The more refined styling was inspired by European luxury sedans and shows a new interpretation of the tiger nose grille and the now familiar four-point LED daytime running lights.

Technical specifications have not been disclosed, but the new Cadenza / K7 appears to be slightly longer and wider than its predecessor and also seems to sit a bit lower to enable a more dynamic look. It also boasts wraparound LED headlights and an elongated hood while at the back there are chrome dual exhaust tips and a metallic trim above the horizontal LED taillights.

The “3.3” badge on the trunk indicates power will come from a newly developed twin-turbo 3.3-liter V6 rumored to develop 370 PS (272 kW) in the Genesis G90 where it will be linked to an 8-speed automatic gearbox.

Photos of the interior cabin are not available at this point, but the teaser image showed a more upscale fit and finish combining a wood trim with metallic accents and leather padding on the doors and center console. It also had a decent-sized screen for the infotainment system, a three-spoke multi-function steering wheel, and a large central armrest.