How does the BMW Compact Sedan Concept look in the metal? 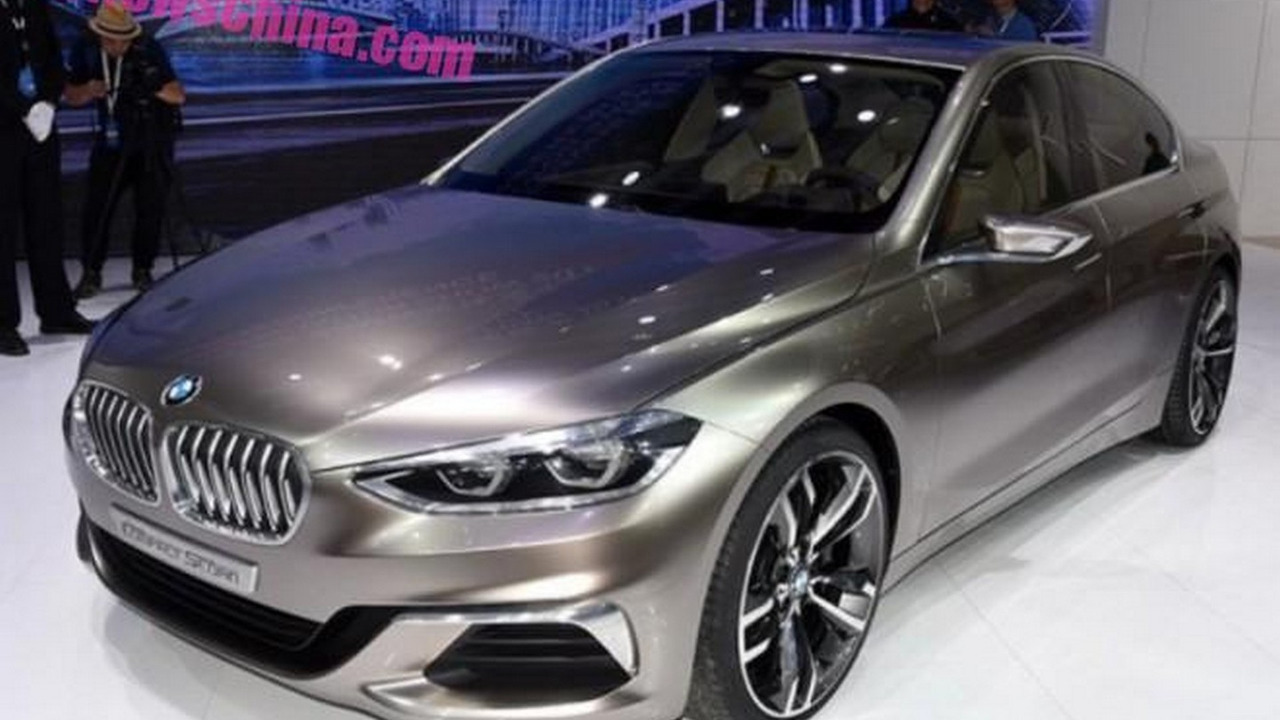 The BMW Compact Sedan Concept has made its public debut at the 2015 Guangzhou Motor Show in China.

The BMW Compact Sedan Concept has made its public debut at the 2015 Guangzhou Motor Show in China.

Tailored specifically to the Chinese market, the Compact Sedan Concept previews BMW’s belated answer to the Mercedes-Benz CLA and Audi A3 Sedan. In conceptual form it seems to have what it takes to go up against the other two premium compact sedans and will likely ride on the UKL platform, so it will be a front-wheel drive car with an optional xDrive setup.

BMW said multiple times the 1-Series Sedan will be a China-only affair, but we are not excluding the possibility the car will make it to Europe and United States at some point in the future. The A3 Sedan and CLA are both successful because the cars allow more people to access the premium segment at a lower price tag. There is a cash cow to be milked here with the 1-Series Sedan and BMW certainly knows that, so it could become a global model eventually.

Despite being labeled as a concept, the BMW Compact Sedan looks pretty much ready to hit the assembly line. All that it needs on the outside are some bigger mirrors, slightly toned down bumpers, and conventional door handles. The interior also looks almost production-ready, albeit with thicker normal seats along with some changes to the dashboard and steering wheel.

Expect the BMW 1-Series Sedan to be revealed in production guise in the first half of 2016 for the Chinese market.

Additional live images are available at the source link below.

Gallery: How does the BMW Compact Sedan Concept look in the metal?