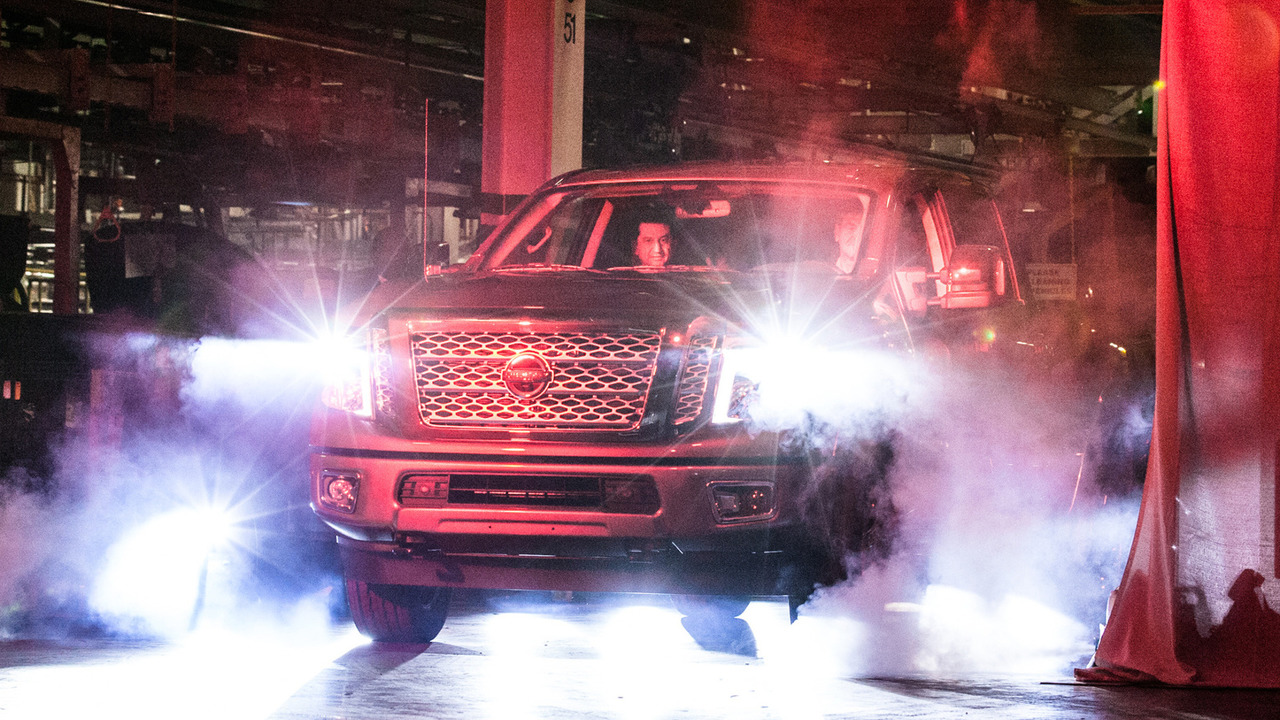 The 2016 Nissan Titan XD has gone into production at the company's plant in Canton, Mississippi.

The 2016 Nissan Titan XD has gone into production at the company's plant in Canton, Mississippi.

The first production model was a Titan XD Platinum Reserve with a Forged Copper exterior.  It was driven off the line by Nissan Executive Vice President José Muñoz and Mississippi Governor Phil Bryant in a special ceremony at the plant.

Nissan still hasn't released pricing but the model will start arriving at dealerships later this year with 5.0-liter Cummins V8 turbodiesel engine that develops 310 bhp (231 kW) and 555 lb-ft (751 Nm) of torque.  The engine will be connected exclusively to a six-speed automatic transmission which can be paired to either a rear- or four-wheel drive system.

Five different trim levels will be available and the range-topping Platinum Reserve variant has LED headlights, a spray-in bedliner, and 20-inch aluminum wheels.  The model also has running boards and LED bed lighting.

The Titan XD will eventually be joined by a petrol-powered model that is slated to arrive in the spring of 2016.