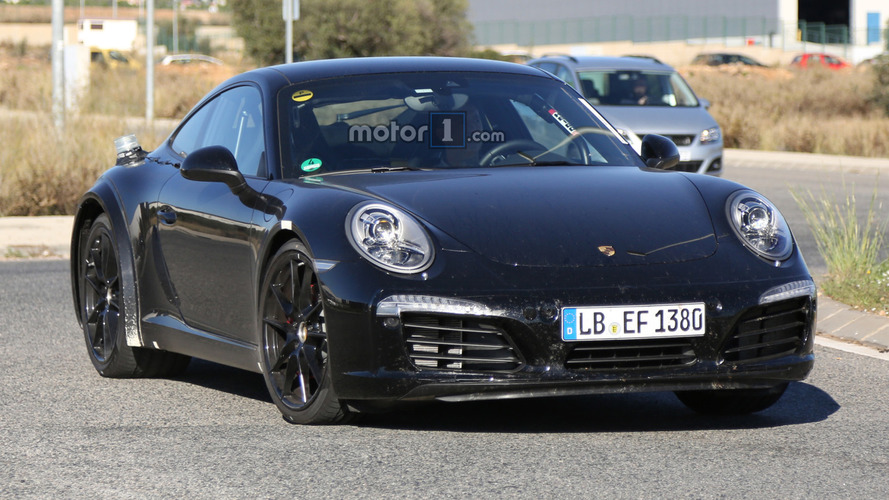 Porsche recently unveiled the facelifted 911 but it appears the company has already begun working on the next-generation model.

Porsche recently unveiled the facelifted 911 but it appears the company has already begun working on the next-generation model.

Caught undergoing testing earlier today, this particular model is believed to be a chassis testing mule for the 2018 Porsche 911 (992).

Since the model is still in the early stages of development, there isn't much to see besides some extended fender flares at rear.  This suggests the car will use a wider rear axle as well as some other new components underneath.

Porsche hasn't said much about the next-generation model but previous reports have suggested it will ride on an updated version of the current platform.  The car is also expected to have an evolutionary design so its stays instantly recognizable.

The base models will likely continue to use a twin-turbo 3.0-liter six-cylinder but we can expect a new hybrid variant to be added to the lineup. The company is also rumored to be considering an electric variant but it remains unclear if that particular variant will be green-lighted as executives have questioned the costs and the need for such a model.