Hyundai i30 N attacks the Ring in latest spy footage 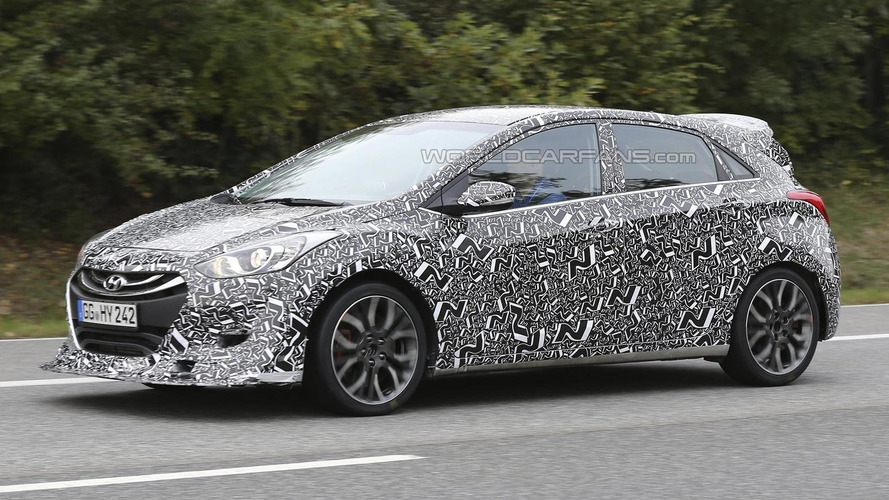 New spy footage has emerged with the Hyundai i30 N while undergoing intense testing around the Nürburgring Nordschleife.

New spy footage has emerged with the Hyundai i30 N while undergoing intense testing around the Nürburgring Nordschleife.

We have to admit this doesn’t actually look as aggressive as you would expect from a true performance model, but that’s because this is likely a test mule. We are making this assumption based on the fact the i30 N is rumored to be based on the third generation i30 whereas this camouflaged car wears a modified body of the current model.

The third generation i30 has already been caught on camera and it is believed to adopt an all-new platform bringing a healthy weight loss which will be very important for its N derivative. We’ve been hearing the hot i30 will get a 2.0-liter turbo engine from the RM15 concept where it has 300 PS (220 kW) and 383 Nm (283 lb-ft) of torque.

And now for the most interesting part, the i30 N will apparently have an all-wheel drive arrangement. If this turns out to be true, it means Hyundai will try to grab a piece of the Volkswagen Golf R’s market taking into account that one also has 300 PS + AWD.

An official introduction of the Hyundai i30 N is expected to take place sometime in 2016. To have a chance in its fight with the Golf R, Hyundai will have to set a starting price significantly lower than the €39,000 asked by its Wolfsburg rival in Germany.

Note: Below the spy video is an official Hyundai clip introducing the N brand and providing a glimpse of the i30 N.