Volvo Concept 26 envisions the high-tech cabin of the future 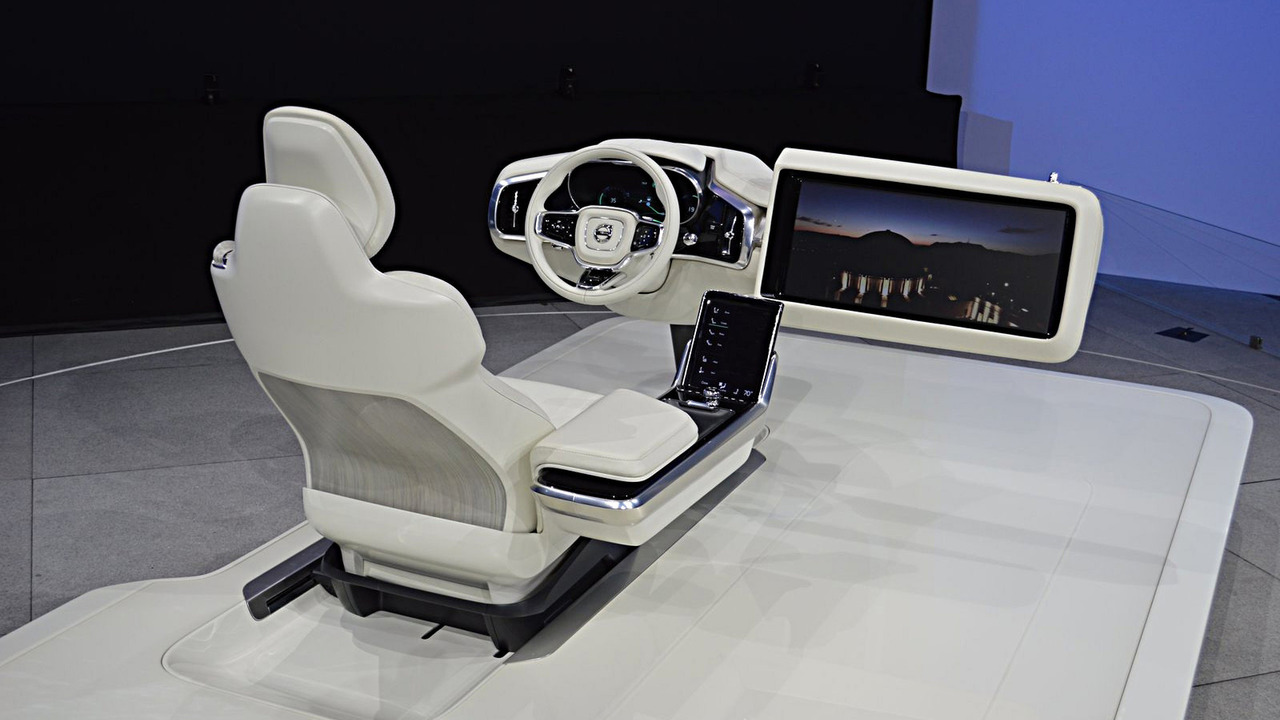 Named after the average daily work commute of 26 minutes, the Concept 26 is a futuristic interior that is designed for use with fully autonomous vehicles.  Since owners will no longer have to be focused on driving, Volvo equipped the concept with a unique driver's seat that has Drive, Create and Relax modes.

When the car enters autonomous driving mode, the steering wheel retracts and the seat automatically reclines to a more comfortable position.  A large tablet-like display also emerges from the dashboard and Volvo envisions drivers could use it to watch movies or catch up with shows on streaming services such as Netflix.

Drivers who would rather sit and relax won't be disappointed either as they're surround by high-quality materials and modern Scandinavian design.  Volvo declined to go into specifics but we can see premium leather upholstery, elegant wood trim, and metal accents.  The concept also has a digital instrument cluster, a four-zone climate control system, and a unique infotainment system that is mounted on the center console.

Despite sounding like a high-tech fantasy, the possibility of seeing an autonomous driving focused interior isn't too far off as a fleet of fully autonomous Volvo models will begin hitting the streets of Gothenburg, Sweden in 2017.

Gallery: Volvo Concept 26 envisions the high-tech cabin of the future