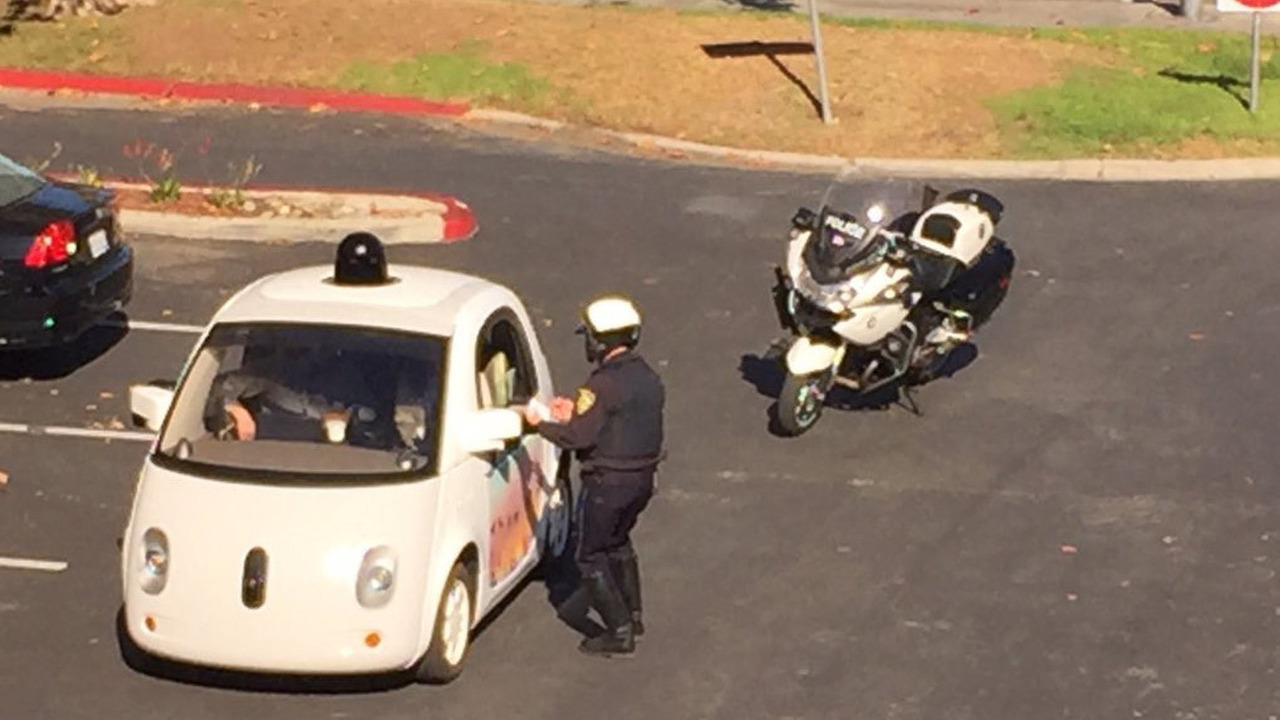 Mountain View PD reports a traffic officer noticed traffic backing up behind a slow moving car, travelling at 24 mph in a 35 mph zone. “As the officer approached the slow moving car he realized it was a Google Autonomous Vehicle,” the report states. “The officer stopped the car and made contact with the operators to learn more about how the car was choosing speeds along certain roadways and to educate the operators about impeding traffic.”

Shortly after, Google published an official statement on the case.

“Driving too slowly? Bet humans don’t get pulled over for that too often. We’ve capped the speed of our prototype vehicles at 25mph for safety reasons. We want them to feel friendly and approachable, rather than zooming scarily through neighborhood streets.

Like this officer, people sometimes flag us down when they want to know more about our project. After 1.2 million miles of autonomous driving (that’s the human equivalent of 90 years of driving experience), we’re proud to say we’ve never been ticketed!”