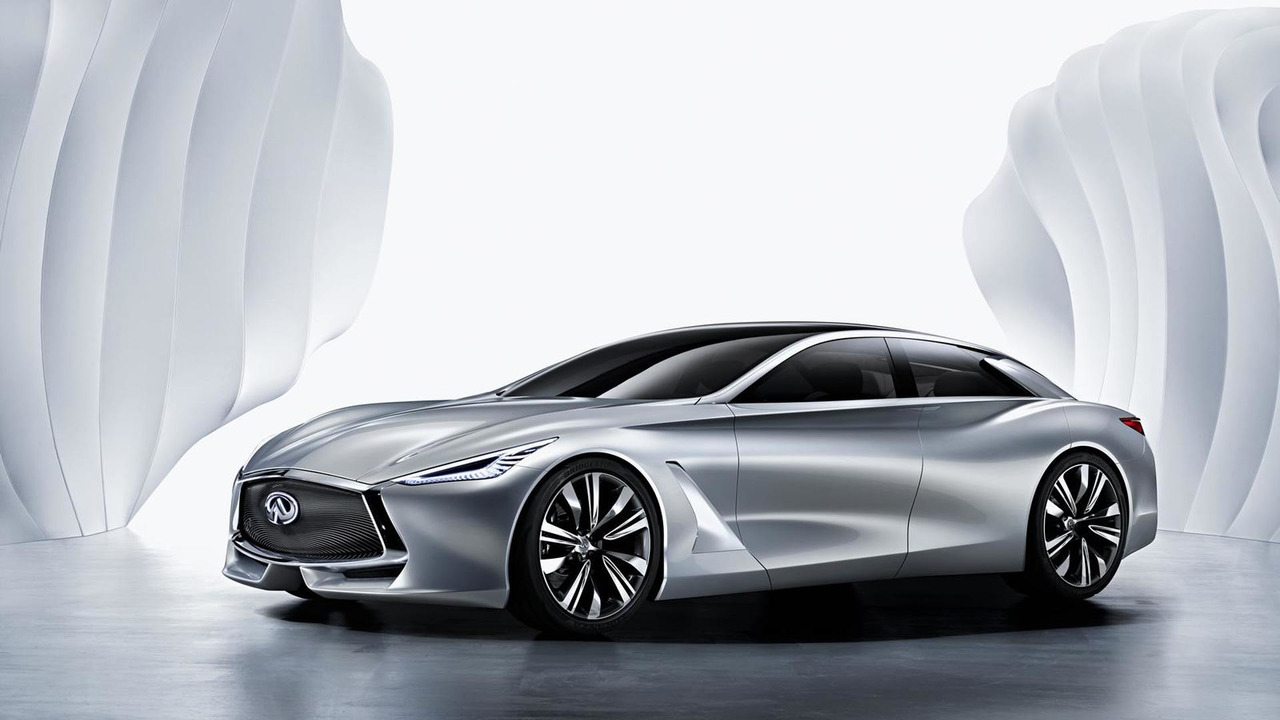 A source within Infiniti has revealed they are working on a production version of the Q80 Inspiration concept which will sit on top of the range.

A source within Infiniti has revealed they are working on a production version of the Q80 Inspiration concept which will sit on top of the range.

In the first development phase, work is done at Nissan’s research and development center in Cranfield, UK and apparently the engineers at Infiniti are benchmarking the flagship hybrid car against the Porsche Panamera S E-Hybrid and the Mercedes-Benz S500 Plug-In hybrid since these two will be the Q80’s main rivals.

It’s not known at this point whether it will be a hybrid or a plug-in hybrid vehicle, but most likely it will be the latter since the man in charge of Infiniti’s Europe division, Francois Goupil De Bouille, said at the 2014 Paris Motor Show where the concept was unveiled that a plug-in hybrid powertrain makes more sense since it widens the options for clients.

We remind you the concept teamed up a twin-turbo 3.0-liter V6 engine with an electric motor to grant a combined output of 550 PS (405 kW) delivered to the rear wheels or to an AWD system. The Q80 was 5052 mm long, 2027 mm wide, 1350 mm tall and with a very generous 3103 mm wheelbase and a gorgeous exterior design combined with an elegant interior featuring an uncluttered layout.

Hopefully this is one of Infiniti’s concepts that will actually morph into a production version, not like the GT-R-powered Q50 Eau Rouge which was supposed to hit the assembly line, but ultimately it was killed to the disappointment of many.