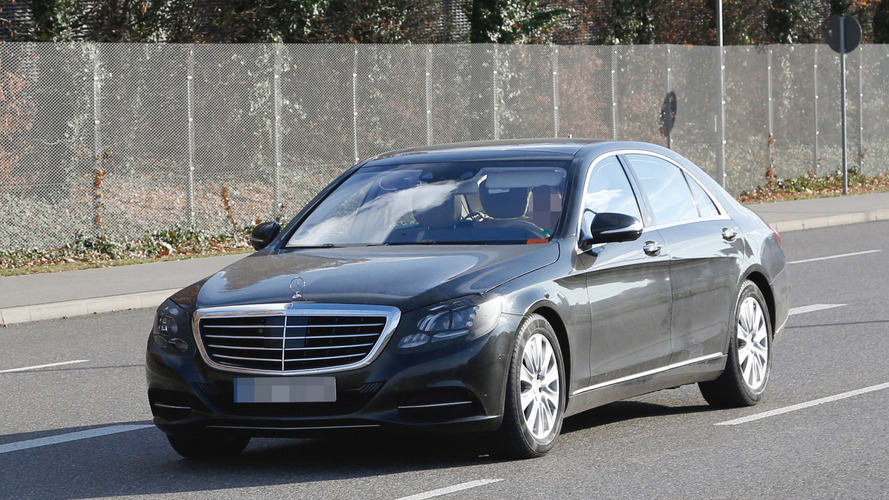 The Mercedes S-Class has been on the market for a couple of years so the company is preparing a facelift for their flagship sedan.

The Mercedes S-Class has been on the market for a couple of years so the company is preparing a facelift for their flagship sedan.

Recently caught undergoing testing, the prototype is in the early stages of development so the changes are fairly limited at this point.  That being said, the model has been equipped with new headlights that feature three LED stripes and three light points at the side of each headlight.

Besides featuring new lighting units, the facelifted model is expected to have modified bumpers and a revised grille.

Bigger changes occur in the cabin as the car has been equipped with a more traditional three-spoke steering wheel.  The dual display instrument and infotainment cluster is also new as it ditches the buttons between the displays and now features a frameless design.

There doesn't appear to be any other changes but we can expect upgraded infotainment software and several new wood trim options.

Engine options remain unconfirmed but choices are largely expected to carryover.  There could be some minor modifications for increased performance and fuel-efficiency but we'll likely find out more in the coming months.

There's no word on when the facelifted S-Class will be unveiled but it is expected to arrive in time for the 2017 model year.