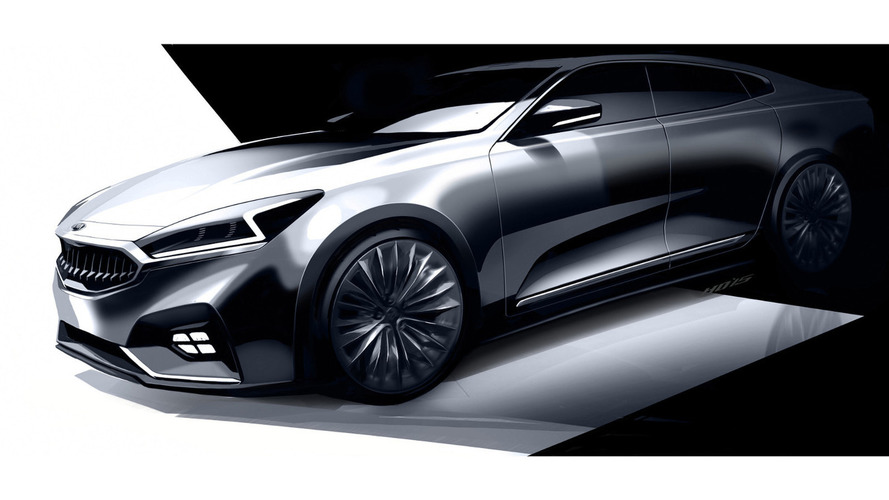 Kia has released the first teaser images of the next-generation Cadenza.

Kia has released the first teaser images of the next-generation Cadenza.

Set to go on sale next year, the 2017 Cadenza features sportier styling that is being billed as a "bold reinterpretation of the current model’s popular design."  The company declined to elaborate but the pictures show an aggressive front fascia with a tiger-nose grille and angular headlights.  We can also see sharper character lines, a rakish windscreen and LED fog lights.  At the rear, there are wraparound taillights, a dual exhaust system and a stylish trunk with an integrated spoiler.

The interior takes a major leap forward as it features higher quality materials and a modern design.  Kia was tight-lipped on details but we can see the car will feature wood trim, metallic accents and leather padding on the center console and doors.  Drivers will also find gloss black accents, chromed door handles and an infotainment system.

While the company is keeping details under wraps they confirmed the cabin is more spacious than its predecessor and will "deliver higher levels of luxury and refinement."

Kia declined to mention technical specifications but the model is expected to use a 3.3-liter V6 that produces at least 293 bhp (218 kW) and 255 lb-ft (345 Nm) of torque.  There have also been rumors about an entry-level variant with a turbocharged 2.0-liter four-cylinder engine but nothing is official as of yet.