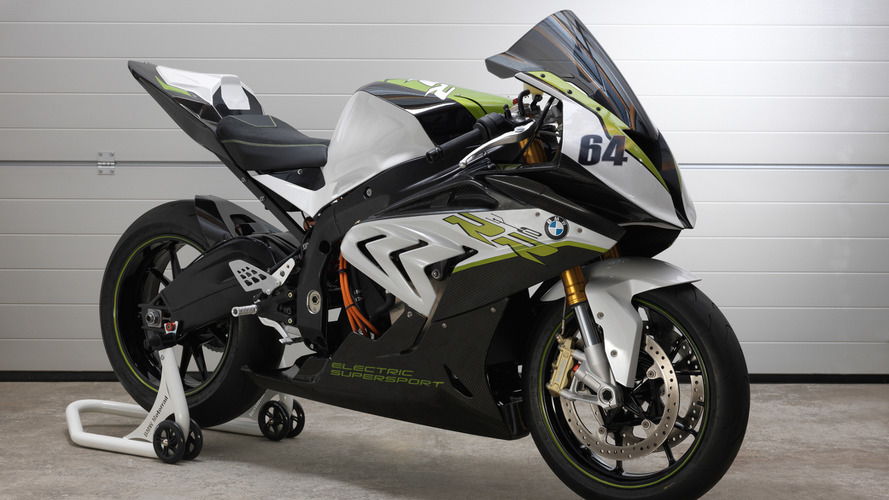 Jointly developed with the Technical University of Munich, the motorcycle is based on the S 1000 RR but it eschews the 1.0-liter four-cylinder engine - which normally develops 198 PS (195 bhp / 146 kW) and 113 Nm (83 lb-ft) of torque - for an all-electric powertrain.

Specifications will be announced at a later date but BMW points out electric motorcycles offer a number of benefits over conventionally powered counterparts.  As the company explains, not only do they have zero emissions but they tend to offer better acceleration off the line.  Case in point, the electric C evolution beats the S 1000 RR when accelerating to speeds up to 60 km/h (37 km/h).

While BMW is staying tight-lipped about the model, it features a black and white exterior with green accents and plenty of carbon fiber components.  The model also has electricity-inspired graphics and a perforated seat with green contrast stitching.

BMW declined to say whether they are considering a production model but they're not the only company that has been eyeing a high-performance electric motorcycle as even Harley-Davidson dipped their toes into the EV waters with the unveiling of Project LiveWire last year.