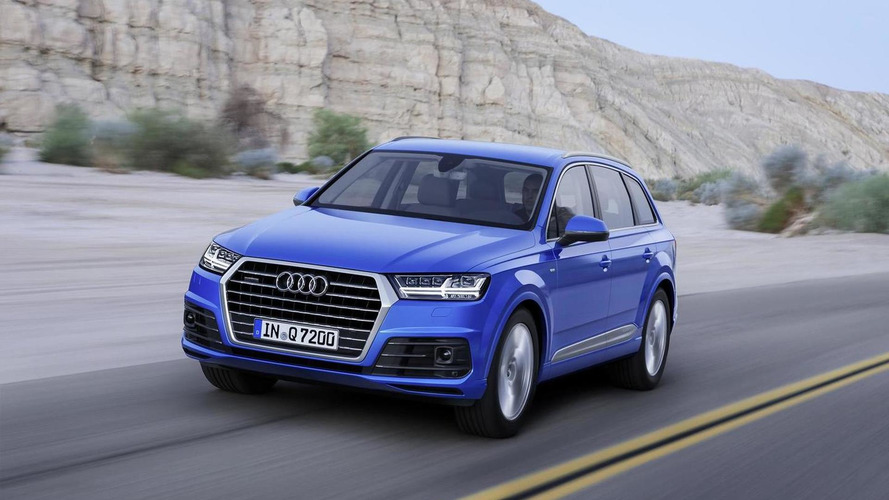 Audi has announced the 2017 Q7 will be priced from $54,800 when it goes on sale in the United States early next year.

Audi has announced the 2017 Q7 will be priced from $54,800 when it goes on sale in the United States early next year.

Audi didn't have much to say about the interior but buyers will find a three-spoke multifunction steering wheel, split folding second-row seats and a standard power folding third-row.  Other highlights include a three-zone automatic climate control system and a panoramic sunroof with a power-operated sunshade.

A variety of different options will be available including ambient lighting, a head-up display and a four-zone climate control system.  Customers can also order a Luxury package which adds Valcona leather upholstery as well as contoured front seats with ventilation and massage functions.  Other notable options include an Alcantara headliner, power soft-closing doors, a 19-speaker Bose 3D Sound System and a 23-speaker Bang & Olufsen 3D Advanced Sound System.

Power is provided by a 3.0-liter TFSI six-cylinder engine that produces 333 bhp (248 kW) and 325 lb-ft (440 Nm) of torque.  It is connected to an eight-speed Tiptronic transmission and a standard quattro all-wheel drive system.