Buick Is Best In J.D. Power Study, But Overal Initial Quality Is Down

The pandemic and supply chain problems led to the worst initial quality scores in the 36-year history of J.D. Power's study.

For 36 years, J.D. Power has conducted its Initial Quality study to gauge customer feedback in the first few months of new-vehicle ownership. And the news for 2022 isn't good – overall initial quality has never been as bad as it is now. That doesn't mean new vehicles have gotten worse. Rather, it's a combination of traditional issues with low inventory, high prices, and missing components due to the pandemic and continuing supply chain woes.

That's the main takeaway from the 2022 study, which was released on June 28. J.D. Power examines new vehicles in nine categories, including features, controls and displays, driving assistance, powertrain, seats, climate, infotainment, exterior, interior, and driving experience. Vehicle owners are asked 223 questions; the results are tabulated and ranked on a scale of problems per 100 vehicles – PP100 for short. As such, a higher number is bad, and for 2022 the overall industry average is up to 180 problems per 100 vehicles (180 PP100). It's an 11 percent increase from 2021, and it's the highest number ever recorded in the study's history. 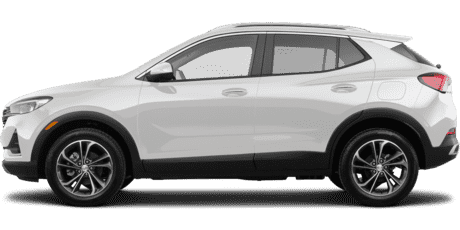 However, while the industry average is way up, some automakers are doing better overall. General Motors leads the way, partially due to Buick claiming the overall top spot for brands with a score of 139 PP100. Beneath the GM umbrella, Chevrolet, GMC, and Cadillac also landed in the top 10, well below the industry average. For that matter, American automakers dominated the top of the chart with Dodge in second and Ford holding the last spot. Genesis, Kia, Lexus, and BMW also made the top 10. The bottom five brands include Volkswagen, Audi, Maserati, Volvo, and Chrysler.

As far as specific vehicles are concerned, J.D. Power offers awards for a litany of different categories for cars, SUVs, minivans, and trucks. Notable winners there include the Chevrolet Corvette for the overall highest initial quality in cars. The Hyundai Accent wins for best small car, with the Kia Forte getting the nod for best compact car. The best midsize award goes to the Chevrolet Malibu, with the best large premium car being the BMW 7 Series.

In the competitive SUV fold, BMW won with the X1 and X3 for small and compact premium SUVs. Cadillac won with the XT6 and Escalade for midsize and large premium SUVs. The Nissan Murano gained top honors in the midsize SUV segment, with the Chevrolet Equinox and Tahoe winning for compact and large SUVs. Curiously, the Buick Encore GX is the only Buick model to win a J.D. Power award, despite the company having the lowest overall score.

The Honda Odyssey received an award for minivans, while the truck world saw Chevrolet win with the Silverado in both light-duty and heavy-duty segments. The Ford Ranger won in the midsize class.