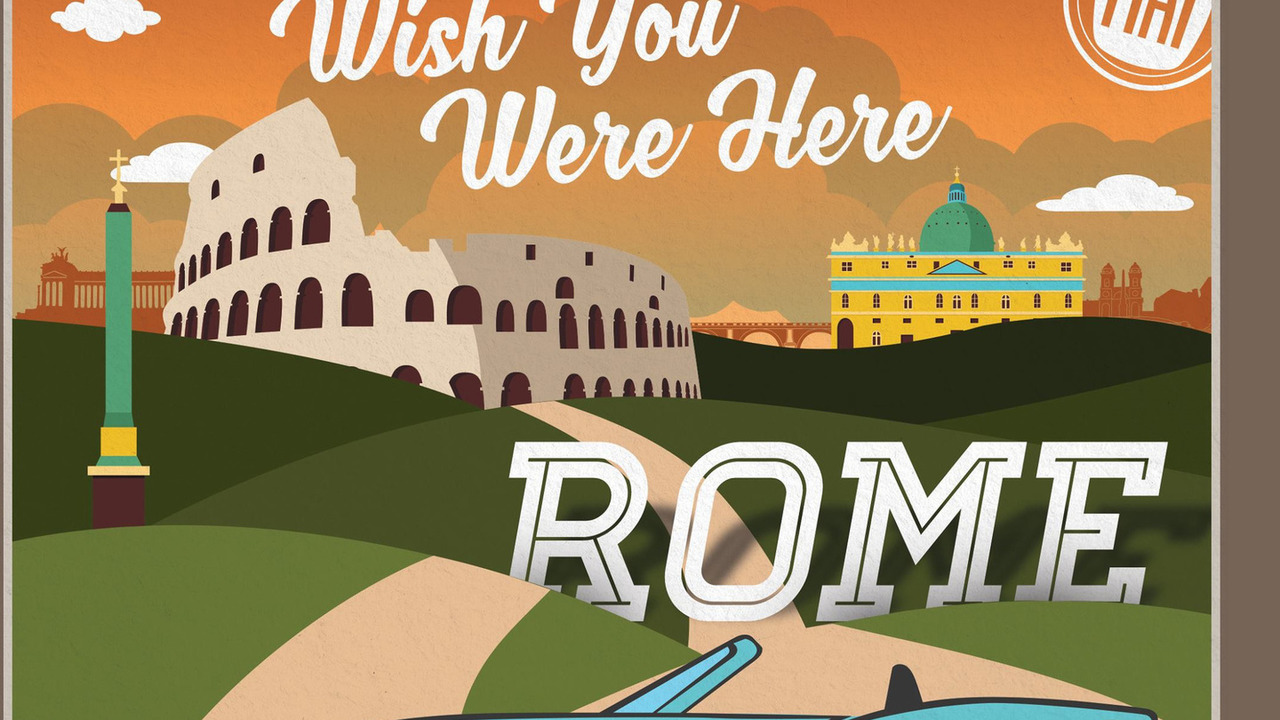 Fiat has released two teaser images for the 124 Spider that will receive its global debut at the 2015 Los Angeles Auto Show.

Shared by the US subdivision of the Italian brand, the teasers come in the form of something like post cards from Madrid and Rome. The car itself is not on focus and appears only as an animated silhouette at the bottom of the pictures.

Nevertheless, we can say most of the details regarding this open-top model are already known. The 124 Spider was spied with no camouflage in September and all its beauty was revealed before the official premiere. Based on the Mazda MX-5 the car has a familiar body shape with distinctive front end, big headlights and short rear overhang.

While nothing has been confirmed yet, expect the model to feature a 1.4-liter turbocharged petrol unit as a base engine. Producing 180 bhp (134 kW) it will be offered with either a 6-speed manual gearbox or an automatic transmission.

A hotter Abarth version is also in the cards and it will likely be equipped with a 1.75-liter unit and a DCT gearbox borrowed from the Alfa Romeo 4C.

The 124 Spider will debut during the press days of the Los Angeles Auto Show so stay tuned for more details coming soon.