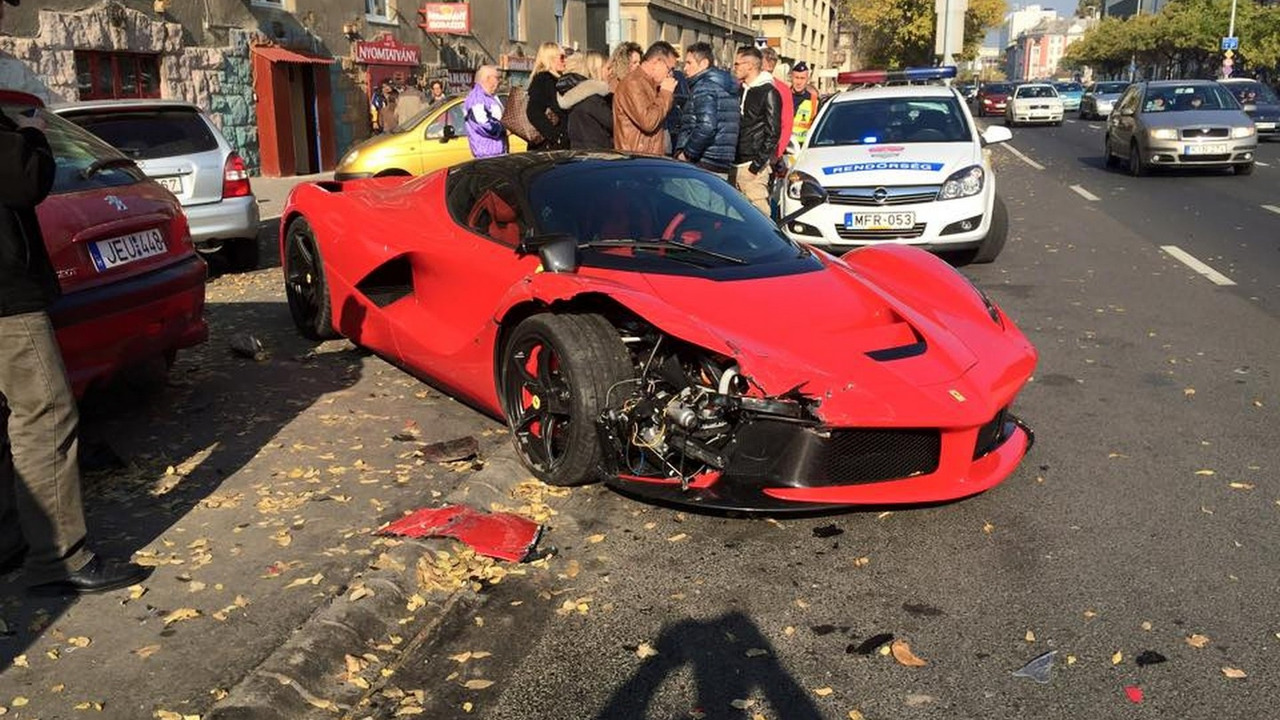 Remember that LaFerrari crash from a few days ago? Now we have discovered footage showing what really happened.

Remember that LaFerrari crash from a few days ago? Now we have discovered footage showing what really happened.

The quality of the video recorded by a dashcam is not that great, but nevertheless we get to see how one of the 499 LaFerraris ever made crashed on the Váci street in Budapest, Hungary. While driving on the outside lane, the person behind the wheel of Ferrari’s hybrid machine lost his patience after the car in front of him was moving at a slow pace, so he decided to merge into the middle lane to pass.

This is when things took a turn for the worse as the LaFerrari driver hit the throttle pedal hard and he couldn’t handle the car’s immense power, so he lost control and after dancing a little bit on the street he eventually ended up crashing into three parked cars. Embarrassed by his faux-pas, the owner got out of the vehicle and quickly removed its Slovakian license plates, so that people won’t know he was responsible for the accident.

Besides the driver’s obvious lack of skills, one other reason that led to this crash has to do with the car’s tires which were not in the optimal temperature as it was a cold day in Budapest, so there wasn’t much grip available, but that's certainly not an excuse.