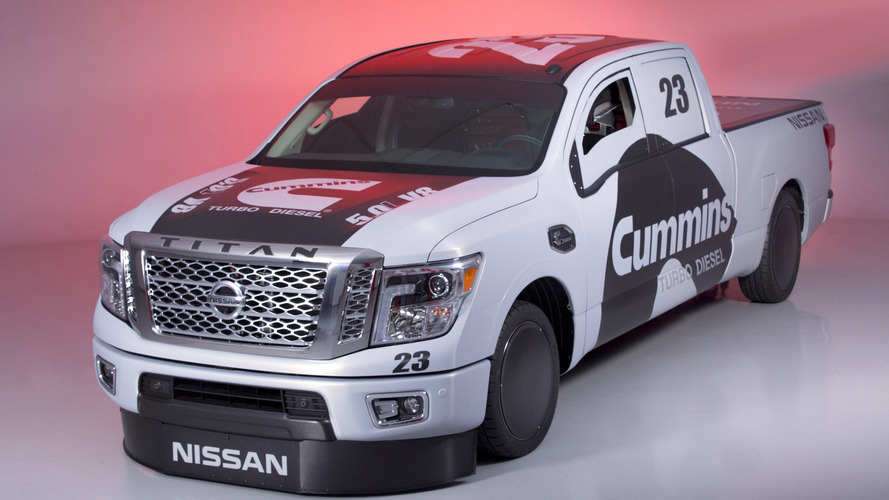 Nissan and Cummins have unveiled the Titan XD Triple Nickel at SEMA.

Nissan and Cummins have unveiled the Titan XD Triple Nickel at SEMA.

Named after the standard model's 555 lb-ft (751 Nm) torque rating, the Triple Nickel is a high-performance diesel-powered truck which will attempt to set a new land speed record in the D/DT and FIA A-III-9 classes.  In order to do this, the truck will have to beat the current record of 191 mph (307 km/h) in the D/DT class and 115 mph(185 km/h) in the A-III-9 class.

This won't be easy, so the truck has been modified for maximum performance. Changes include a new front air dam, a lowered suspension and salt-flat style wheel covers.  The model also has a custom bed cover, a Stroud Safety parachute and Mickey Thompson tires. The truck is still being built but the company plans to add a roll cage and additional safety equipment in the coming months.

The companies freely admit the Titan XD Triple Nickel is an "unconventional" land speed vehicle but both have a long-standing history of land-speed record racing.  In Nissan's case, the 1994 "Hardbody" compact pickup truck set multiple records in the mid-1990s including a 142.9 mph (229.9 km/h) on the Bonneville Salt Flats. 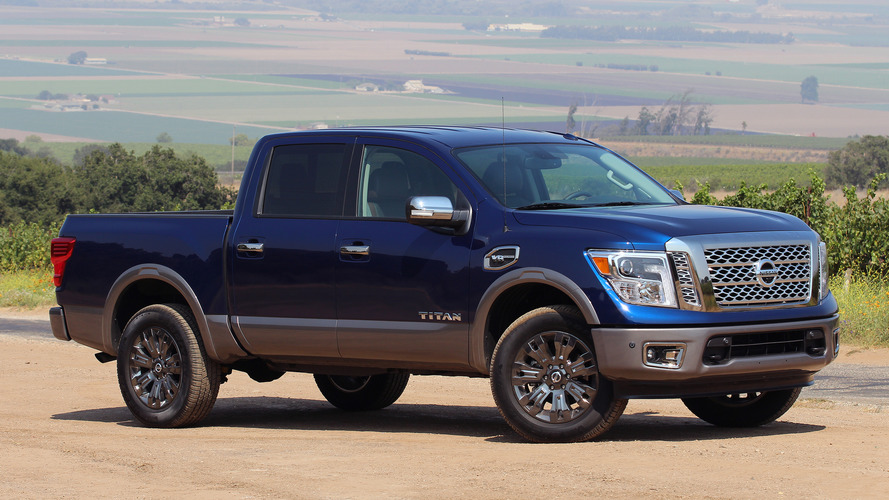