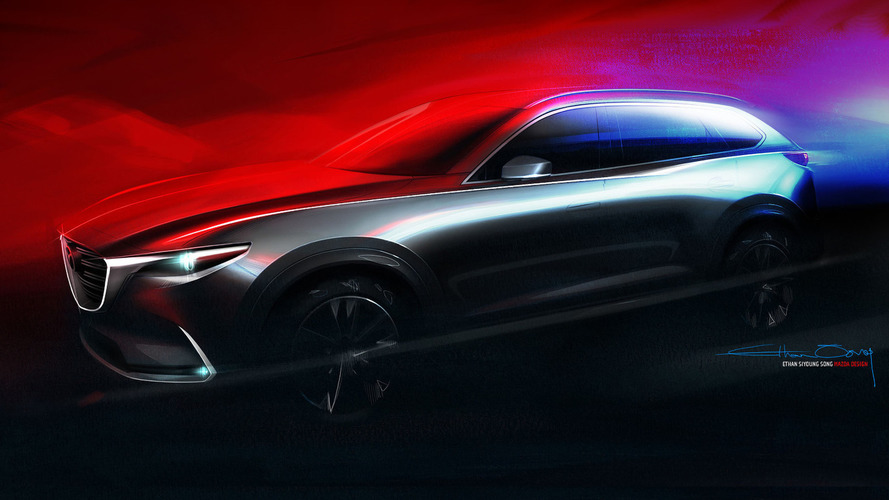 Mazda has released a teaser design sketch of their all-new CX-9 set to premiere later this month in L.A.

Mazda has released a teaser design sketch of their all-new CX-9 set to premiere later this month in L.A.

Back in August we published several spy images with the next generation CX-9 mid-size three-row crossover and now Mazda is just about ready to take off the camouflage to show us the model’s “more premium design execution.” It will utilize the latest version of the company’s KODO design language and will probably have a lot in common with the Koeru concept exhibited back in September at the Frankfurt Motor Show. That one will likely serve as foundation for a crossover coupe judging by some spy shots from China which indicate a launch will occur in 2016 or so.

Getting back to the new CX-9 at hand, Mazda says it will incorporate the full array of SKYACTIV technologies and chances are one of the engines on offer will be a 4-cylinder, 2.5-liter turbocharged gasoline unit which will be a lot more frugal than the outgoing 273 bhp V6 3.7-liter naturally aspirated mill.

We will have all the juicy details on November 17 during the first press day of the Los Angeles Auto Show where Mazda will unveil the model, with sales likely to kick off sometime next year.