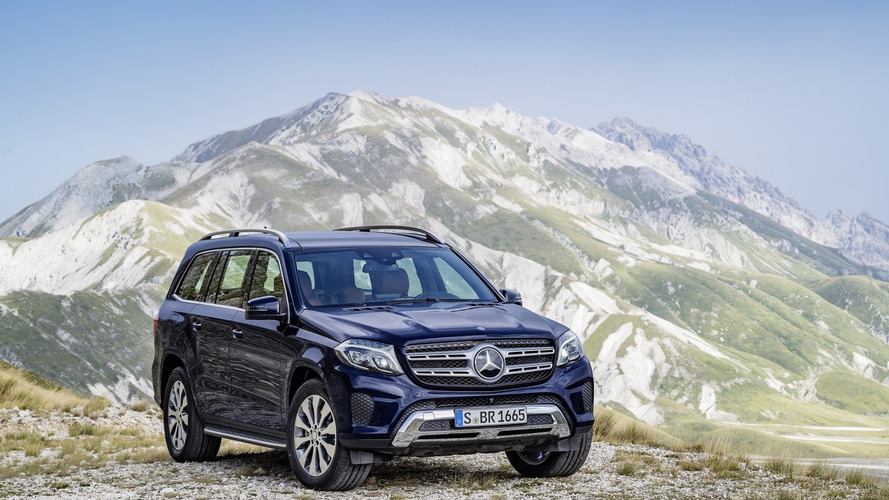 After numerous leaks, Mercedes-Benz has finally decided to reveal the facelifted GL which from now on will be known as the GLS.

After numerous leaks, Mercedes-Benz has finally decided to reveal the facelifted GL which from now on will be known as the GLS.

Described as being the “S-Class among SUVs”, the first ever GLS is nothing more than a mildly revised version of the GL with an updated front fascia that now has new headlights incorporating the LED daytime running lights. The grille is now more imposing due to the bigger tri-star logo and the revised double slats while both bumpers have also gone through minor surgery.

The slightly different graphics of the LED taillights along with new body colors and alloy wheel designs round off the exterior changes, so all in all the GLS brings only some subtle exterior tweaks which probably for a lot of people will go unnoticed.

Stepping inside the seven-seater cabin, the most important changes can be noticed in the center console that has made the switch from the integrated display of the infotainment system to the much criticized free-standing tablet-like 8-inch screen. It also comes with a new touchpad and an updated three-spoke steering wheel covered in Nappa leather. At an additional cost, the 2017 Mercedes-Benz GLS will be offered with an optional air ionization system which greatly improves the interior cabin air quality.

The GLS350d 4MATIC has 255 bhp (190 kW) and 455 lb-ft (616 Nm) from its V6 turbodiesel engine and all of these versions come with the 9-speed automatic transmission (except for the GLS63) and can be had with an optional low-range configuration and a center differential lock.

The US-spec GLS will be available on order next month and the first deliveries in United States are slated to kick off towards the end of March 2016.

Check back later today for a series of videos.