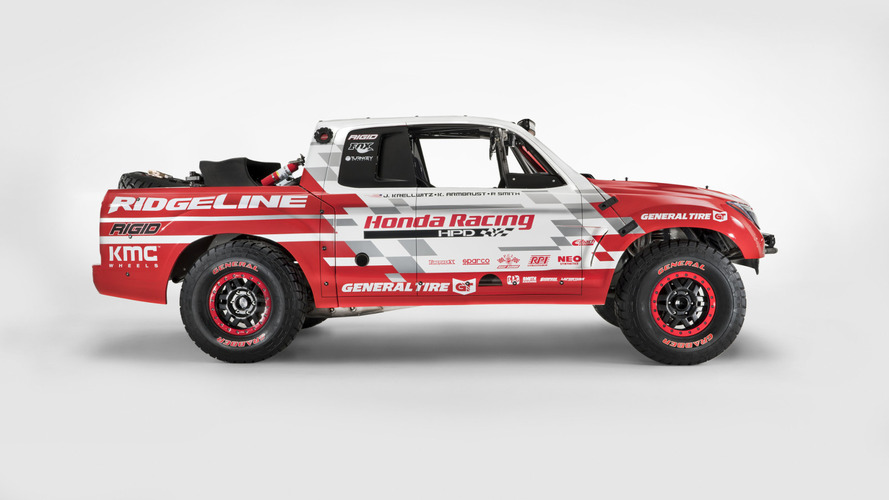 Honda is celebrating their return to off-road racing by unveiling the new Ridgeline Baja Race Truck at SEMA.

Honda is celebrating their return to off-road racing by unveiling the new Ridgeline Baja Race Truck at SEMA.

Set to compete in the SCORE Baja 1000, the truck will compete in the tube-frame unlimited class and Honda says it provides an "early glimpse at the styling direction for the all-new 2017 Honda Ridgeline" that will go on sale in the first half of next year.  The company went on to say the front fascia, hood, roof and bed of the off-road racer closely echo the upcoming production model.

Power is provided by a twin-turbo 3.5-liter V6 engine developed by Honda Performance Development.  It uses the same block, cylinder heads and crankshaft as the engine that will power the 2017 Ridgeline but in this application it develops more than 550 bhp (410 kW).

According to Honda Performance Development President Art St. Cyr, "We're happy to share some of the high-level styling direction for Ridgeline and to celebrate this desert race truck that signals the return of HPD power to Baja."  He went on to say "While this race truck is unique and different from the production Ridgeline, it does a nice job of expressing not only our styling direction but also the fact that the Ridgeline, for all its unique qualities, has been and will continue to be a pickup with true truck capability." 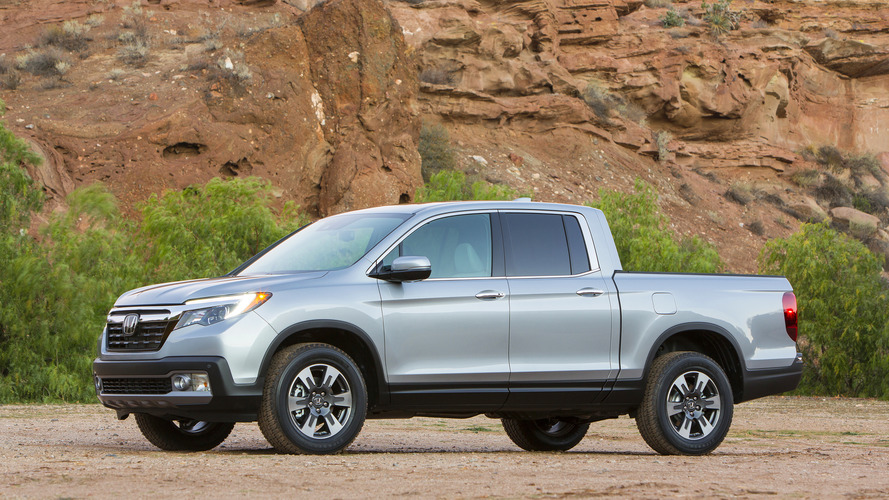