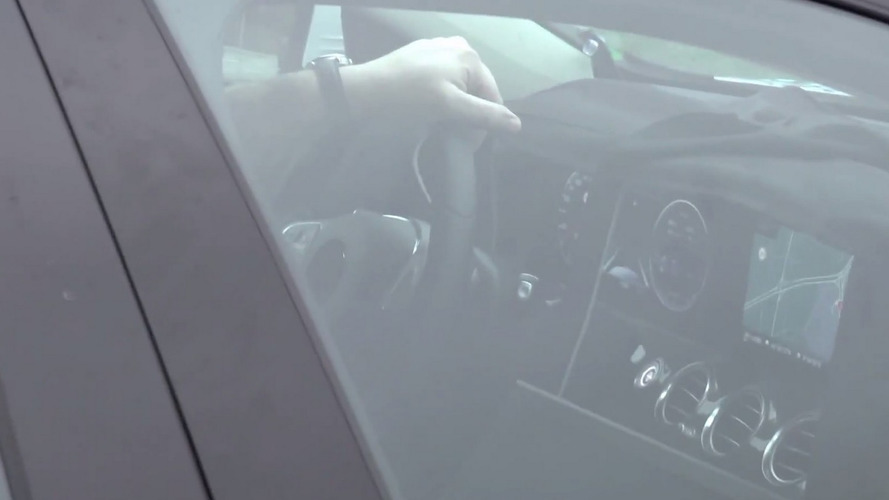 The newest Mercedes-Benz E-Class W213 spy video reconfirms that Daimler's mid-size model will get a dashboard layout heavily inspired by its bigger brother, the S-Class.

The newest Mercedes-Benz E-Class W213 spy video reconfirms that Daimler's mid-size model will get a dashboard layout heavily inspired by its bigger brother, the S-Class.

You probably know by now the new E-Class is essentially going to be a mixture of the C and S as it will borrow the former’s MRA platform and exterior design along with the latter’s interior cabin. Seen here is footage of a near-production prototype featuring a very similar dashboard layout with the dual 12.3-inch displays sourced from the S.

It will be one of the first models from Mercedes-Benz to get a carbon dioxide (CO2) air conditioning system which will be available starting 2017 on select versions. Although we can only see three central air vents in the attached video, a previous spy photo showed the car will have four of them just like on the S-Class and with a virtually identical design.

A longer wheelbase is planned and there are reasons to believe it will be sold as a Mercedes-Maybach E-Class model with two individual rear seats and more luxury amenities. Unlike the outgoing E-Class LWB which is a China-only affair, the new one will be sold globally.

The next generation Mercedes-Benz E-Class (W213) will celebrate its world premiere in January at the North American International Auto Show (NAIAS) in Detroit, but an online reveal should occur by the end of this year.