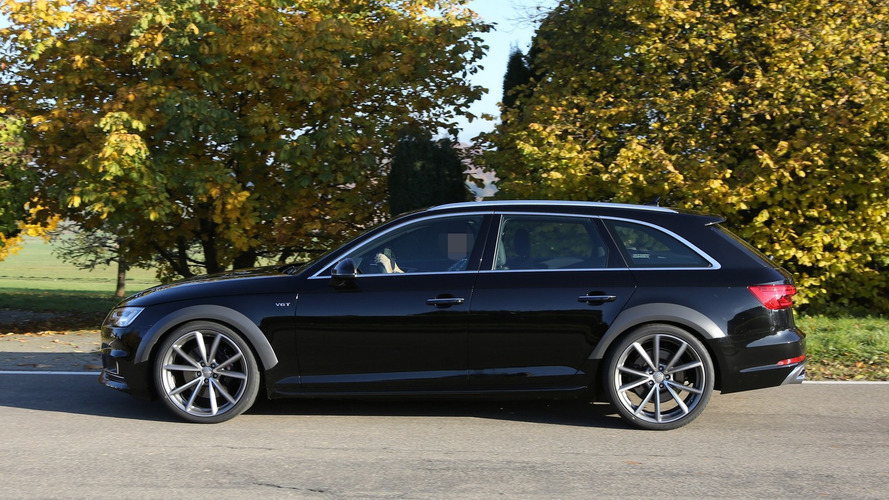 The next generation Audi RS4 Avant is back in fresh spy imagery and once again we are dealing with a test mule carrying the S4’s body with some changes.

The next generation Audi RS4 Avant is back in fresh spy imagery and once again we are dealing with a test mule carrying the S4’s body with some changes.

At a first glance you might be tempted to believe this is just an S4 Avant, but if you look closely you will notice it has wider wheel cases at the front and back which denotes the car has a wider track suitable for the range-topping RS4 derivative. In other words, this is an early test mule so it will be a while until prototypes with the production body will hit the streets to show the car’s real design.

We actually might not have to wait that long taking into account Audi recently said the RS4 will arrive “relatively early” in the A4 B9’s life cycle which could mean the crown jewel will be unveiled towards the end of next year as a 2017MY.

Once it will be launched, don’t expect to see the naturally aspirated V8 4.2-liter engine underneath the hood as the top brass at Ingolstadt have already announced the new RS4 will adopt a turbocharged engine that will have a smaller capacity. Chances are they were referring to the 3.0-liter V6 TFSI installed in the latest S4. However, there’s going to be a major difference between the two as the RS4 is expected to benefit from e-turbo which will boost power from the S4’s 354 PS (260 kW) to as much as 480 PS (353 kW).

If you are not too fond of the Avant body style, Audi says they will have an RS4 Sedan ready right away. Needless to say, both of them will come with a quattro all-wheel drive arrangement that will likely receive power from an updated eight-speed automatic gearbox, but it’s too early to know for sure.