High prices and low inventory have buyers expanding their search for new vehicles.

In case you haven't noticed, new and used cars are more expensive than ever. It's quite likely you have noticed, and if you're among the folks who purchased a car in the last year, you may have changed your plan of attack to make it happen. On that front, it seems you certainly aren't alone.

Vehicle shoppers, be it for new or used cars, are traveling further than ever to make a purchase. Automotive News cites research from multiple sources outlining how the car-buying landscape is changing amid the enduring COVID-19 pandemic and global supply chain shortage. A Subaru dealership in Kentucky commissioned a survey of 2,690 buyers from across the United States and found shoppers were willing to travel 469 miles on average to make a purchase. In fact, Automotive News mentions a buyer who flew into the Kentucky dealership from Colorado to buy a used Outback, 1,400 miles from home. 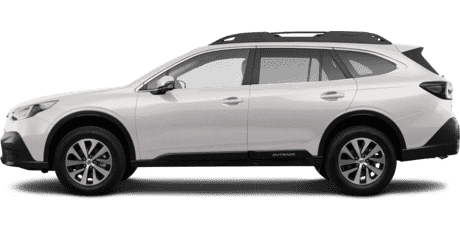 save over $3,400 on average off MSRP* on a new Subaru Outback

The new data is supported by an older survey from Cars.com conducted in June 2021. At that point, vehicle shortages and higher prices were only just beginning but the study still found 10 percent of car buyers traveling out-of-state for a purchase. 52 percent traveled at least 25 miles to find the right vehicle, while 13 percent drove at least 250 miles.

It's A Wild World Right Now:

Curiously, it seems record-high fuel prices aren't discouraging buyers from driving record distances to avoid record-high vehicle prices. According to AAA, the average price for a gallon of gasoline in the United States is $4.95 as of June 22. That's slightly down from previous highs over the $5.00 mark, with a slight dip in demand and lower oil prices suggesting fuel costs could continue to fall.

As for vehicles, the latest report from iSeeCars.com shows year-over-year sticker prices for used cars were up 16.9 percent in May. However, on a monthly scale it's down from 23.9 percent in April, and it's the fourth consecutive month in which there's been a decline.