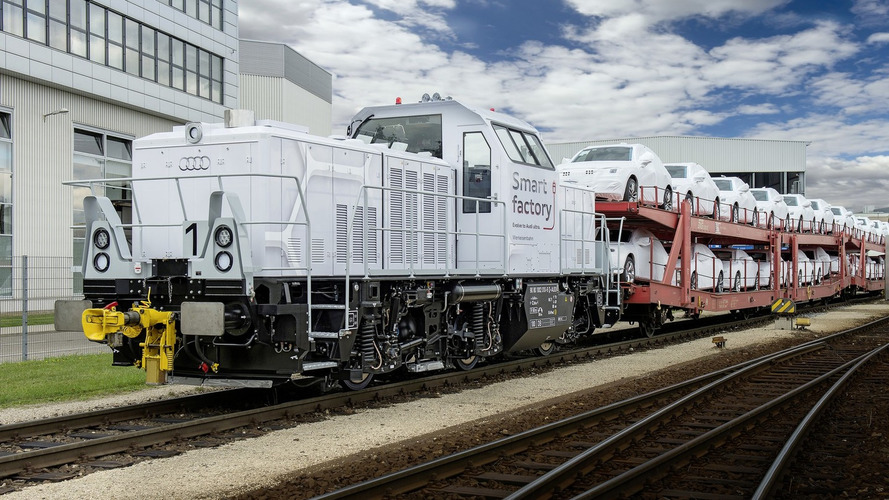 Audi is introducing their plug-in hybrid locomotive built by Alstom and set to be used at the Ingolstadt factory in Germany.

Audi is introducing their plug-in hybrid locomotive built by Alstom and set to be used at the Ingolstadt factory in Germany.

The Volkswagen Group is going through some difficult times due to their heavy-polluting EA189 TDI engines, but they have announced plans to focus on greener cars and now they are also making their transport logistics more eco-friendly by using a 1,000 bhp plug-in hybrid locomotive manufactured by Alstom. It will serve its duties at Audi’s Ingolstadt factory and will cut annual CO2 emissions by up to 60 tons compared to a regular locomotive, thus enabling VW’s premium marque to get closer to a CO2-neutral status at the factory.

No less than 15 trains arrive every day at the Ingolstadt North railway station for Audi packed with pressed parts, transmissions, engines and also with cars from other Audi sites that are ready to be delivered to their rightful customers. The automobile plant in Ingolstadt has 18 km of railways and employs 17 locomotive drivers in charge of allocating the wagons to the various plant buildings. Each day, a locomotive has to perform up to 75 shunting maneuvers and annually it operates on average for 3,800 hours.

This new plug-in hybrid locomotive from Alstom can run on full electric mode for up to two hours and it doesn’t have any emissions when used in the plant buildings. During breaks, the battery is plugged in for recharging (with CO2-free electricity) while in motion it’s supported by a diesel engine.