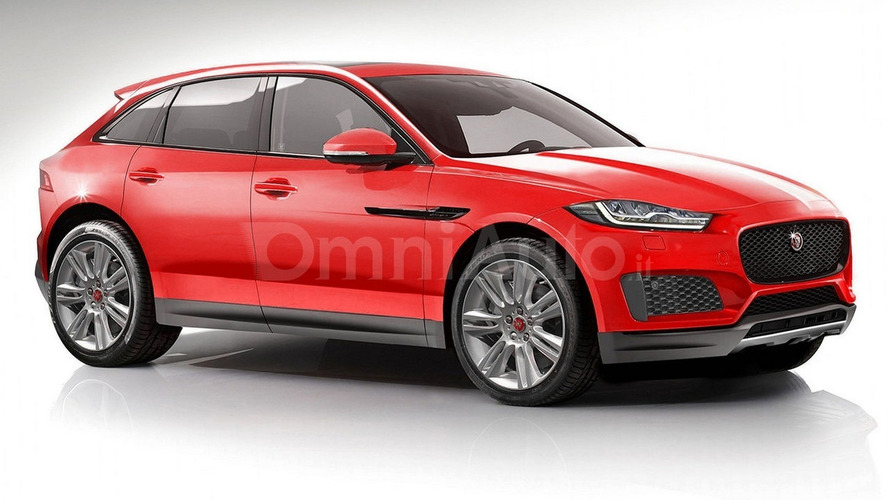 The rumored Jaguar E-Pace has been speculatively rendered by our colleagues at OmniAuto.it.

The rumored Jaguar E-Pace has been speculatively rendered by our colleagues at OmniAuto.it.

Jaguar recently joined the crossover/SUV bandwagon with the F-Pace model, but this is only just the tip of the iceberg as the company has already dropped a hint about launching a smaller model which according to various sources will be baptized “E-Pace”. Seen here is a potential look for the baby Jag high-riding model that is expected to get a significantly raked windscreen and an inclined roofline as depicted in the attached illustration.

Word on the street suggests the car will adopt a very aerodynamic body with a 0.28 drag coefficient achieved by implementing both active and passive aerodynamic aids. It will likely ride on the D8 architecture borrowed from the Land Rover Discovery Sport, but adapted specifically for this new application that could be produced at the recently announced Slovakian factory.

The E-Pace will be more than just a downsized F-Pace as Jaguar has plans to offer a new array of inline-six 3.0-liter gasoline and diesel engines while a fully electric version is apparently on the agenda as well.

Details concerning the model’s launch are not available at this point, but chances are it won’t be out sooner than 2018 taking into account it hasn’t received the stamp of approval from Jaguar’s executive staff just yet. We do know for sure there won’t be a J-Pace large SUV anytime soon as JLR recently announced they will wait and see how the F-Pace will perform before launching a bigger model.