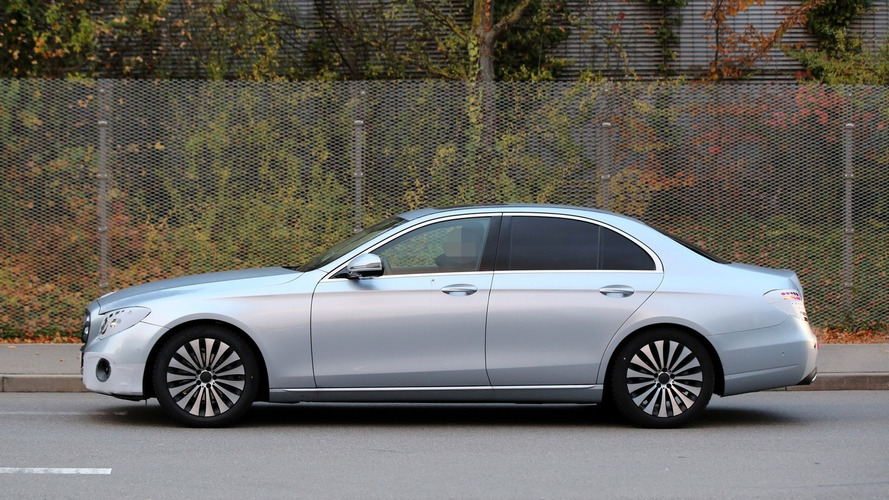 Our spies have sent us a new batch of images with the 2016 Mercedes-Benz E-Class W213 and this time the near-production prototype had a minimal amount of disguise.

Our spies have sent us a new batch of images with the 2016 Mercedes-Benz E-Class W213 and this time the near-production prototype had a minimal amount of disguise.

Lately we have been sharing a great deal of photos and videos with Daimler’s new mid-size contender and this latest batch of images comes to reconfirm the new E-Class will look essentially like an elongated C-Class and those who are not very familiar with Mercedes-Benz’s products will find it hard to distinguish the two. The new E-Class will be a tad bigger than the outgoing model, but that won’t increase its weight as the MRA platform (sourced from the C-Class) will actually put the car on a strict diet.

As for the interior, this will have more in common with the S-Class from where it will borrow the dual screen layout and many of the other bits and pieces. A more luxurious version is already in the works with a longer wheelbase that might get two individual rear seats to be worthy of the Mercedes-Maybach labeling.

Taking into account Mercedes-Benz applied very little camo on these prototypes, it means a reveal of the E-Class is right around the corner and it has already been confirmed to make its motor show debut in January at NAIAS in Detroit. The sedan will be the first to come out and will be followed shortly by the wagon in 2016 when the LWB model will likely arrive as well while the cabrio and coupe will be launched at a later date. Let’s not forget about that rumor indicating a rugged jacked up wagon in the same vein as the Audi A6 allroad quattro, but we will have to wait for an official confirmation.