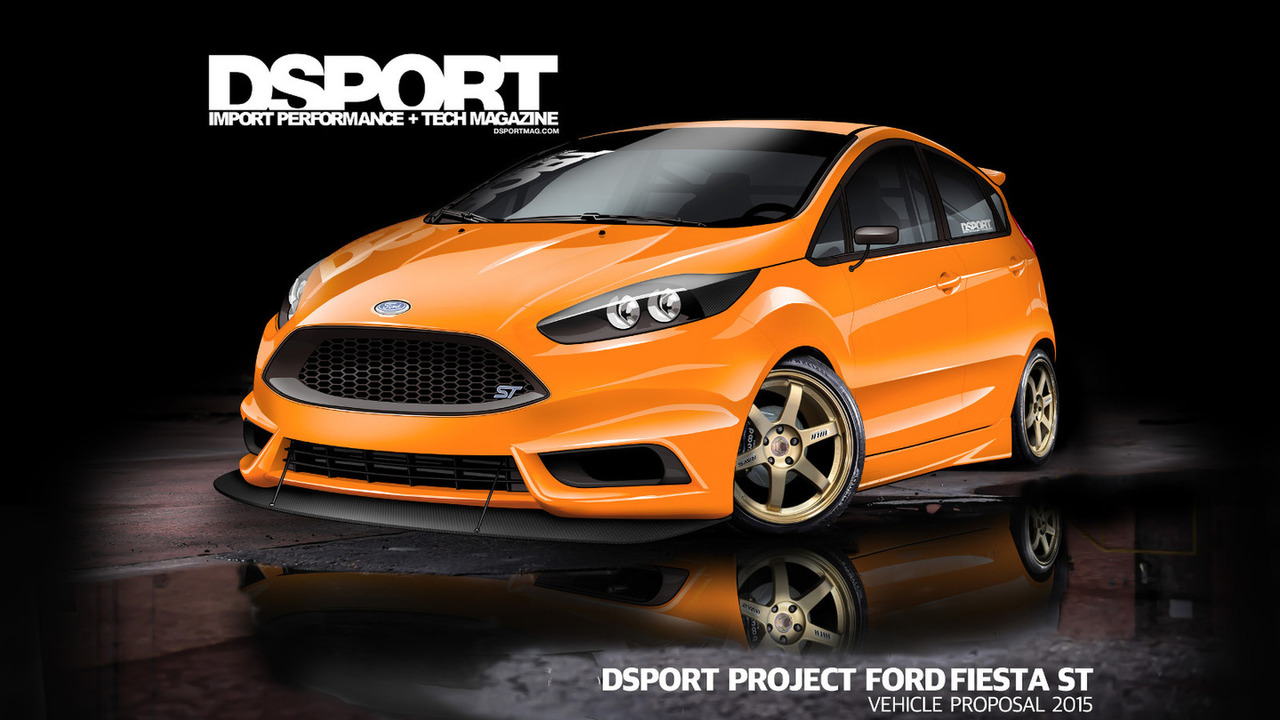 The interior is largely untouched but Ford says there are Recaro seats, a new shift knob and an SS Tuning steering wheel.

Under the hood, 1.6-liter EcoBoost four-cylinder engine has been equipped with a cold air intake, a new intercooler and a sports exhaust system.  The model also has a new downpipe and a Stage 3 power package from COBB tuning.

Rounding out the changes are a coilover suspension and high-performance Baer brakes.

The second model is the DSPORT Fiesta ST and it is being billed as a track-ready model that could produce more than 400 bhp (298 kW).

Since power is the name of the game, we'll start under the hood where the 1.6-liter EcoBoost four-cylinder engine has been outfitted with a new turbocharger, RC Engineering fuel injectors and upgraded internals.  The model also has a new intercooler, a Mishimoto oil cooler and a Full-Race Motorsports exhaust and manifold.