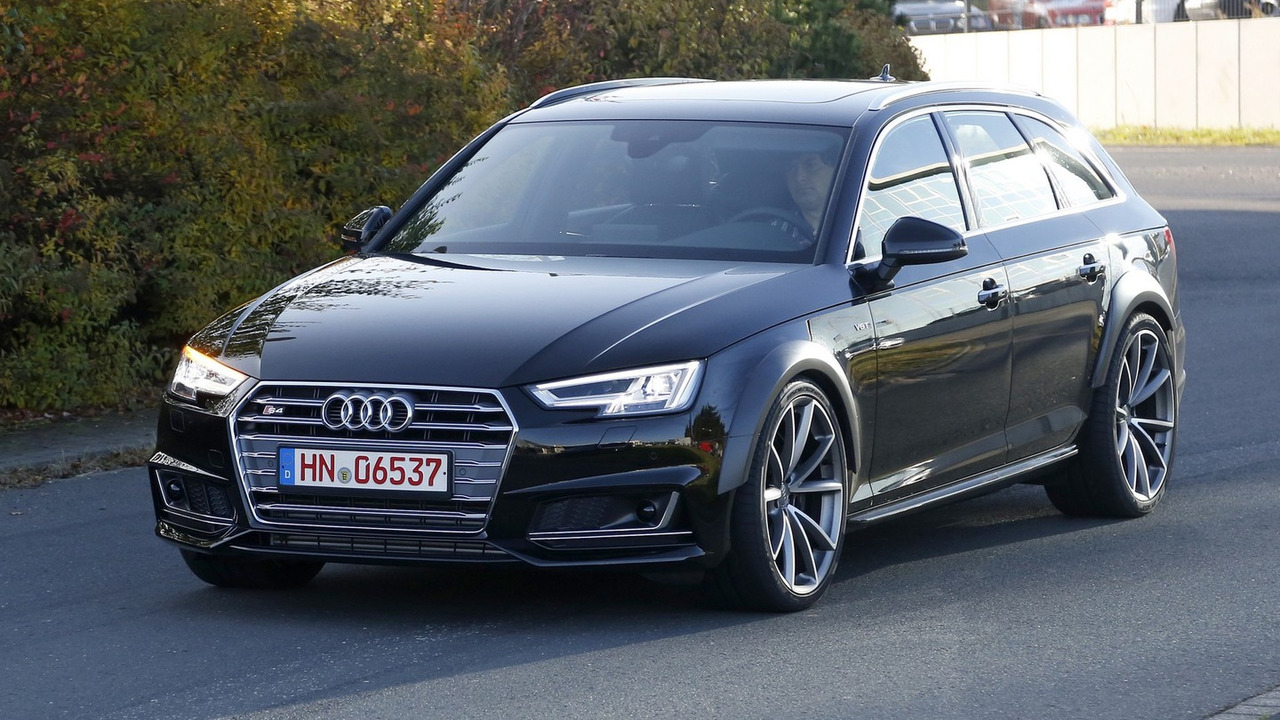 The next generation Audi RS4 Avant has been spotted for the first time, but it’s only a test mule of the recently introduced S4 Avant.

The next generation Audi RS4 Avant has been spotted for the first time, but it’s only a test mule of the recently introduced S4 Avant.

It seems quattro GmbH boss Heinz Hollerweger was very serious when he said the new RS4 will come “relatively early in the production cycle” as the model has already been spied, even though the S4 hasn’t even reached dealerships yet. Speaking of the S4, the car seen here wears its body but seems to sit slightly lower and it also has some black plastic cladding on the wheel arches.

You can forget about the V8 4.2-liter naturally aspirated engine of the previous model as Audi has already confirmed the new RS4 will make the switch to a downsized turbocharged motor. It will likely use the S4’s new TFSI V6 3.0-liter where it develops 354 PS (260 kW) and 500 Nm (369 lb-ft) of torque. In the RS4, the engine is believed to receive e-turbo technology and corroborated with other tweaks this will bump output to an estimated 480 PS (353 kW).

The car spotted by our spy photographers was the more practical Avant body style, but the good news is Audi has already said an RS4 Sedan will be available right away and chances are both of them will be out towards the end of next year as 2017MY.