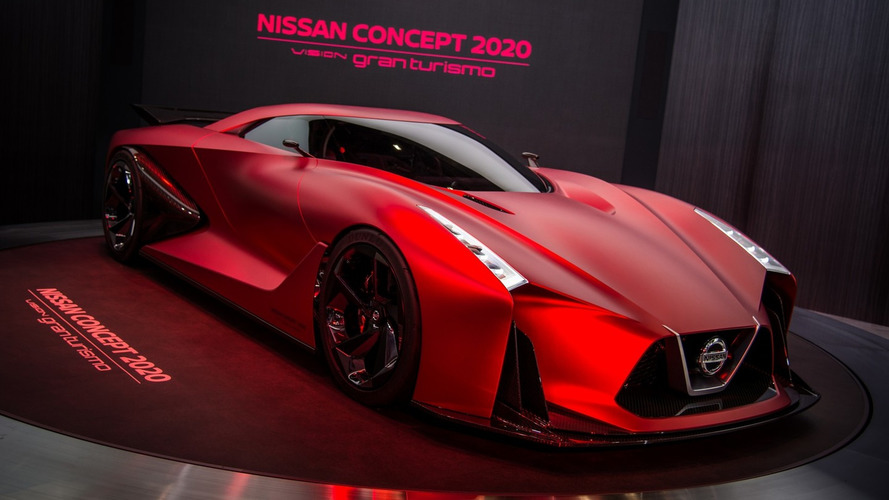 Nissan is showcasing these days in Tokyo an updated version of their Concept 2020 Vision Gran Turismo.

Nissan is showcasing these days in Tokyo an updated version of their Concept 2020 Vision Gran Turismo.

Joining the Teatro for Dayz and IDS concepts in Tokyo, Nissan’s revised version of the original concept unveiled last year is too futuristic to morph into a production car in the near future, but some of the design cues will be implemented in the next generation GT-R set to come out in about three years from now.

This updated variant makes the switch from the previous silver hue to a Fire Knight red paint and adopts a new V-Motion front grille while the rest of the design has remained pretty much the same. As the name suggests, the concept was developed exclusively for the Gran Turismo video game, but Nissan decided to build a full scale model that “hints as to how a supercar of the future might look” and now in this new guise it seems perhaps even more spectacular than the original concept.

It will be interesting to see how the striking design will be toned down for the next-gen GT-R said to use an adaptation of the hardware installed in the GT-R LM NISMO racecar, but detuned to approximately 700 PS (515 kW) generated by a twin-turbo 3.0-liter V6 teamed up with an electric motor.

A more near-production concept is probably planned by Nissan and should be out in 2017 or so taking into account the GT-R R36 is expected to hit the market in 2018.