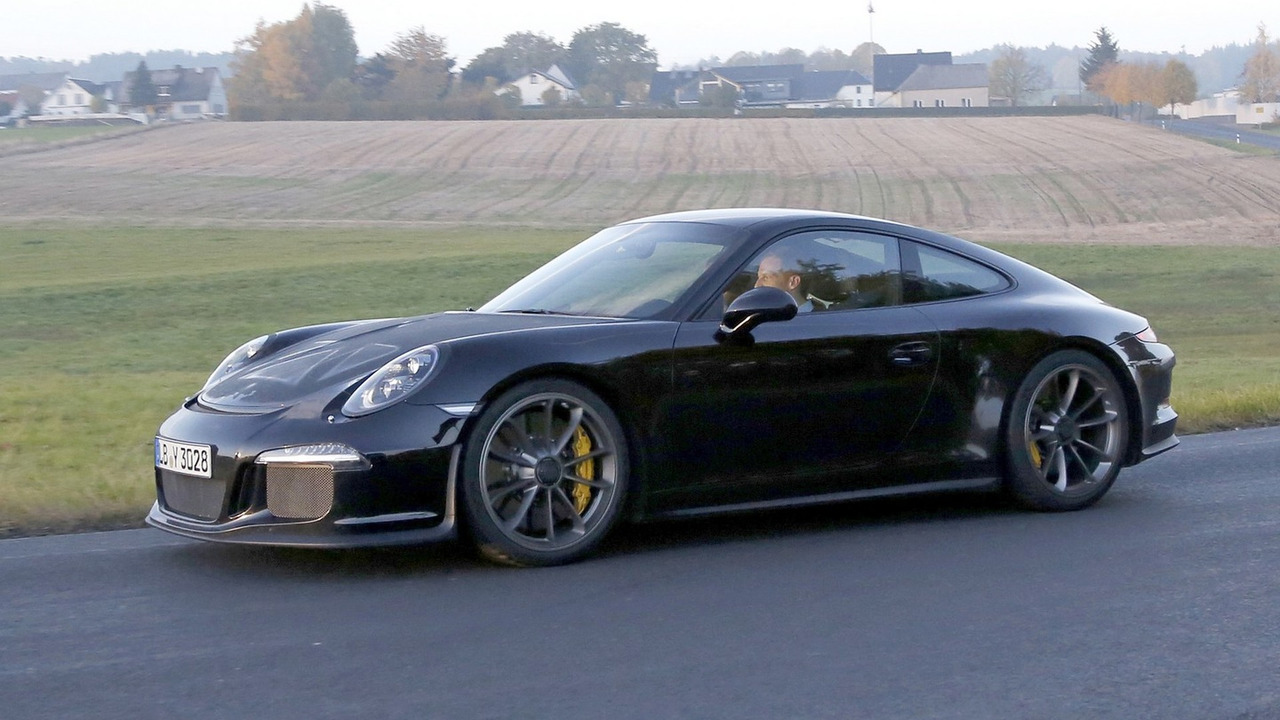 Lately we’ve been hearing rumors concerning a “pure” version of the Porsche 911 and this could actually be it, but don’t get too excited as apparently it’s already sold out. The model is said to be based on the GT3 version but without the rear wing and this prototype also seems to have a slightly different rear diffuser. The retro-flavored design seems to match that render we posted earlier this month, so there are enough reasons to believe that Porsche has another 911 version on the agenda to join the already extensive lineup.

Power will come from the same 6-cylinder 3.8-liter normally aspirated engine with 475 PS (349 kW) and 438 Nm (324 lb-ft), but this time it will be teamed up with a manual transmission unlike the 911 GT3 which uses a dual-clutch seven-speed gearbox to send the engine’s power to the rear axle. A weight loss is also planned, so the R version should lose a few kilos compared to the standard version which tips the scales at 1,430 kg (3,152 lbs).

The Porsche 911 R is expected to come out sometime next year to celebrate the original 911 R’s 50th anniversary and only 600 units will ever be made at a price tag that will obviously surpass the 911 GT3.