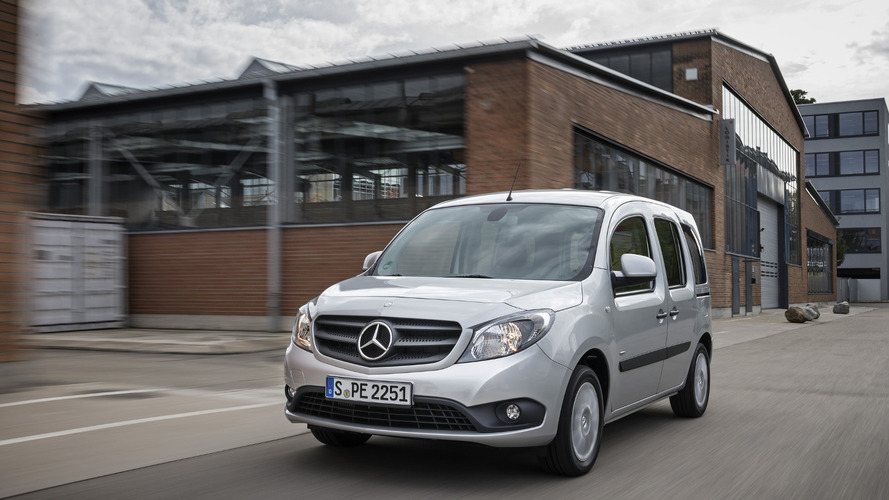 Mercedes has announced yet another round of updates to the Citan.

Mercedes has announced yet another round of updates to the Citan.

Since we already covered the diesel engines improvements earlier this year, we'll jump right into the updated Citan 112 which features an improved 1.2-liter petrol engine that now develops 114 PS (84 kW) and up to 205 Nm (151 lb-ft) of torque.The latter figure is available in the second, third and fourth gear for up to 20 seconds.

The Citan 112 will also be available with a new 6G-DCT dual clutch transmission which promises to combine the "economy of a manual transmission with the convenience of an automatic."

Besides featuring an updated petrol engine, the Citan lineup boasts a number of minor changes including an updated instrument cluster, a redesigned hand brake lever and a new handle on the inside of the tailgate which makes it easier to close.