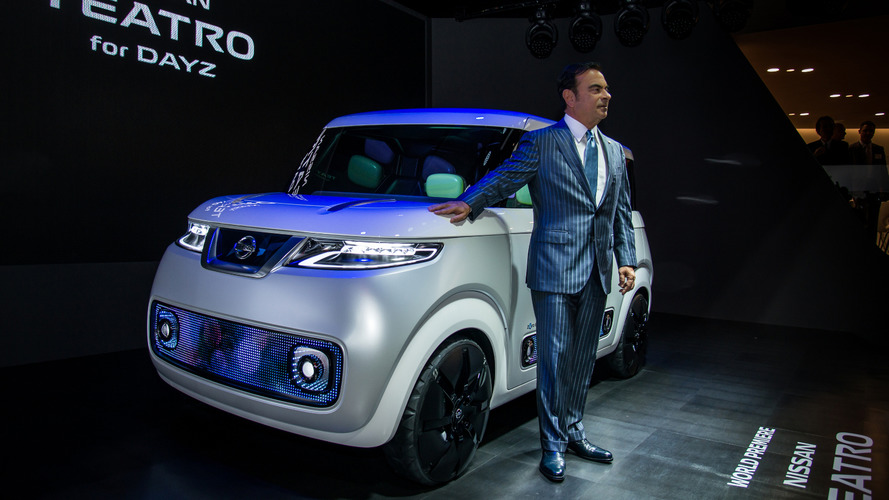 Nissan has unveiled the new Teatro for Dayz concept at the Tokyo Motor Show.

Nissan has unveiled the new Teatro for Dayz concept at the Tokyo Motor Show.

Designed to appeal to "digital natives" who have always grown up with the internet, the Teatro for Dayz concept features a satin white silver and gloss white exterior with a V-motion grille and LED headlights.  The model also has reverse opening rear doors and LED screens that enable drivers to express themselves to the world.

The interior adopts a "Future Canvas" design philosophy which uses image display technology to turn the "seats, headrests, door trim and the instrument panel into a moving screen."  This enables them to be changed to virtually anything the driver desires.

The concept also replaces conventional controls with voice commands and motion sensors.  They can be used to control everything from the audio system to the climate control system.

According to Nissan's Product Planning General Manager Hidemi Sasaki, "Share natives feel that time spent in a car should be time for connecting and sharing experiences with friends. We can no longer attract their attention with the same old values."