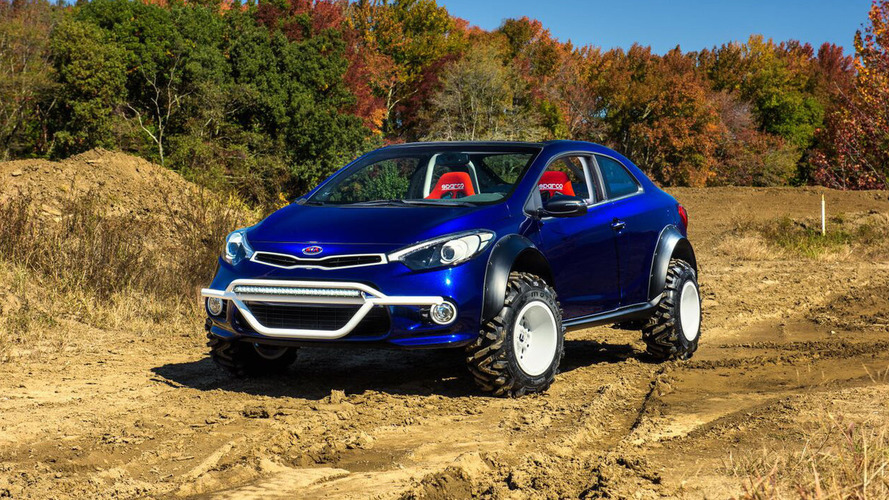 Kia has unveiled the Forte Koup Mud Bogger concept ahead of its debut at SEMA.

Kia has unveiled the Forte Koup Mud Bogger concept ahead of its debut at SEMA.

Designed to represent the "adventurous American South and the inexplicable joy of getting dirty on four wheels," the one-off model has a rugged exterior with a four-inch body and suspension lift as well as 28-inch off-road tires.  The concept also has revised side skirts, custom fender flares and a "panoramic roof with a vinyl pushback."  There's also a rugged front bumper and LED auxiliary lights.

Interior pictures were not released but Kia says the model has a stripped out cabin with two Sparco Evo II Red race seats and a powder coated roll cage.  The carpeting has also been removed and replaced by a special Line-X protective coating.