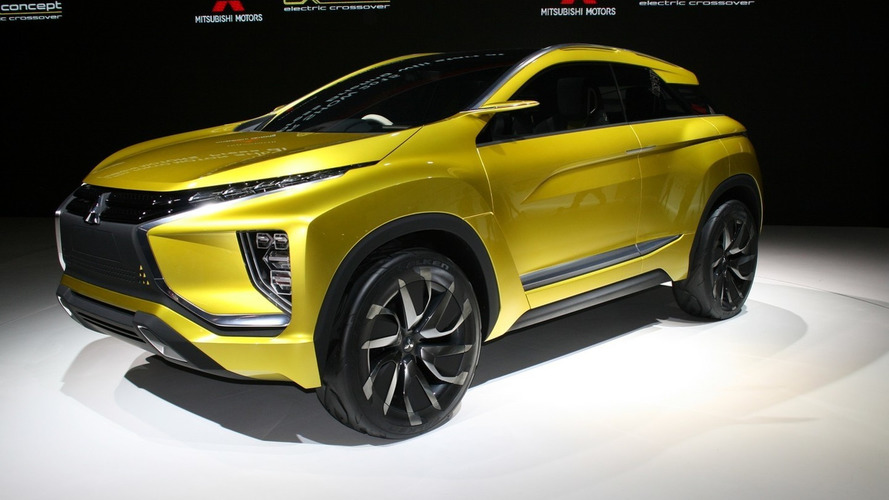 The Tokyo Motor Show has opened its doors to the press and now Mitsubishi is showing us their brand new eX concept.

The Tokyo Motor Show has opened its doors to the press and now Mitsubishi is showing us their brand new eX concept.

Tokyo is the best venue for Japanese automakers to show their latest concepts and it seems most of these are alternatively powered. Such is the case with the Mitsubishi eX which takes the shape of a compact crossover that utilizes a next-generation EV powertrain working together with an all-wheel drive arrangement.

Being a concept from a Japanese marque, it’s no wonder the eX also employs autonomous driving technology and also comes with a plethora of safety and assistance systems to make our roads a lot safer.

The angular styling of the vehicle is a taste of what’s to come as Mitsubishi mentions the eX’s design will influence future production models. Chances are the first of the bunch will be the next generation ASX set to come out sometime next year. It will likely make use of the company’s fresh take on the Dynamic Shield front fascia implemented on this concept which as you can see has a double headlight arrangement with LED technology also used at the back for the boomerang-shaped taillights.

The next ASX is unlikely to get the concept’s reverse opening doors and recessed door handles while the side cameras will be replaced with conventional mirrors. The interior will also go through some changes as the concept’s cabin packed with touchscreen displays will make the switch to a more conventional layout featuring traditional buttons and knobs.

Look for an official launch of the next-gen Mitsubishi ASX at a major auto show next year, possibly as early as March in Geneva.