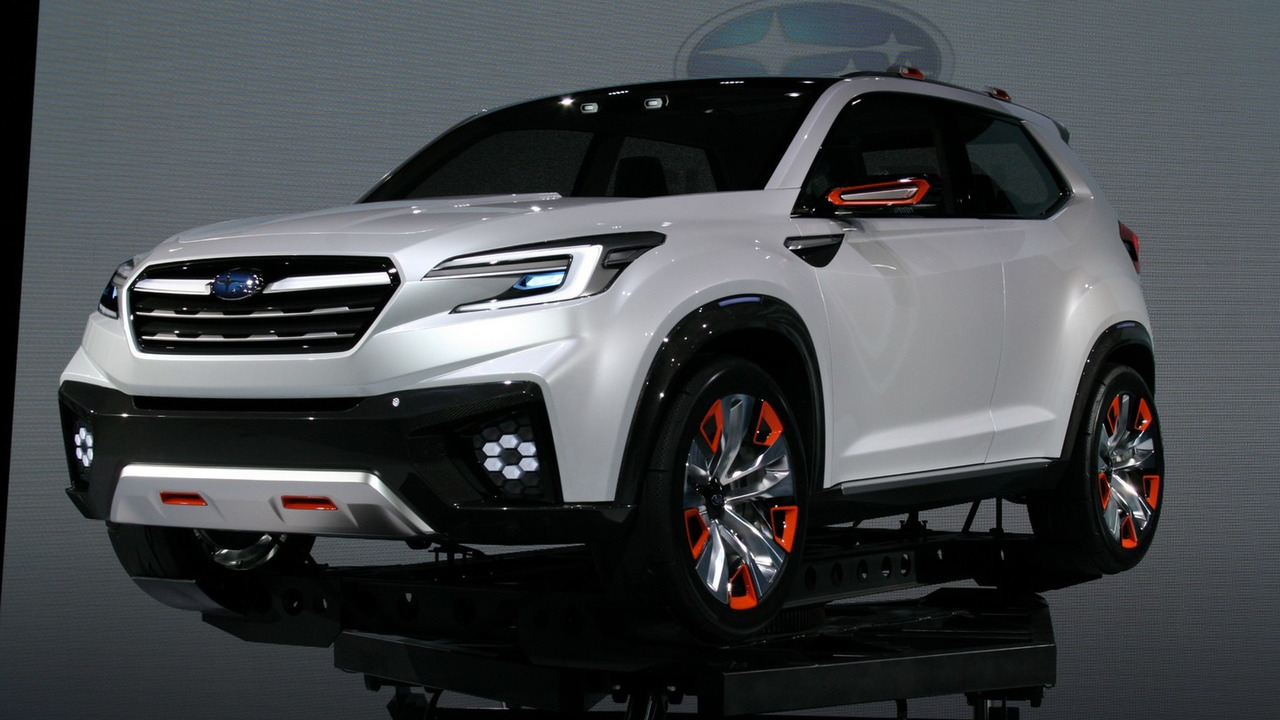 Subaru has staged the world premiere of the VIZIV Future concept today in Tokyo where crossover shares the spotlight with the Impreza 5-Door concept and the WRX STI S207.

Subaru has staged the world premiere of the VIZIV Future concept today in Tokyo where the crossover shares the spotlight with the Impreza 5-Door concept and the WRX STI S207.

This is actually the third VIZIV (Vision for Innovation) Future concept developed by Subaru after the VIZIV and VIZIV 2 released in 2013 and 2014, respectively. Analyzing all three concepts, we noticed that each one represents one step closer to a production model which will actually happen in the near future taking into account Subaru says the VIZIV series represent an “SUV-type concept model embodying the future vision of car development.”

The third iteration of the concept makes use of the in-house developed automated driving technology which is part of an evolved EyeSight system. It features automatic driving capabilities on expressways as well as an automatic parking function.

The VIZIV Future concept rides on the newly developed Subaru Global Platform and is powered by a hybrid setup encompassing a downsized turbocharged boxer engine and an electric motor sending output to the upgraded symmetrical all-wheel drive arrangement. Instead of a conventional propeller shaft, it now uses a single motor installed on the rear axle, thus enabling a flat floor which in turn makes the cabin more spacious and comfortable.

Subaru isn’t saying when the VIZIV Future concept will evolve into a production version, but it could occur as soon as next year or 2017, at the latest.