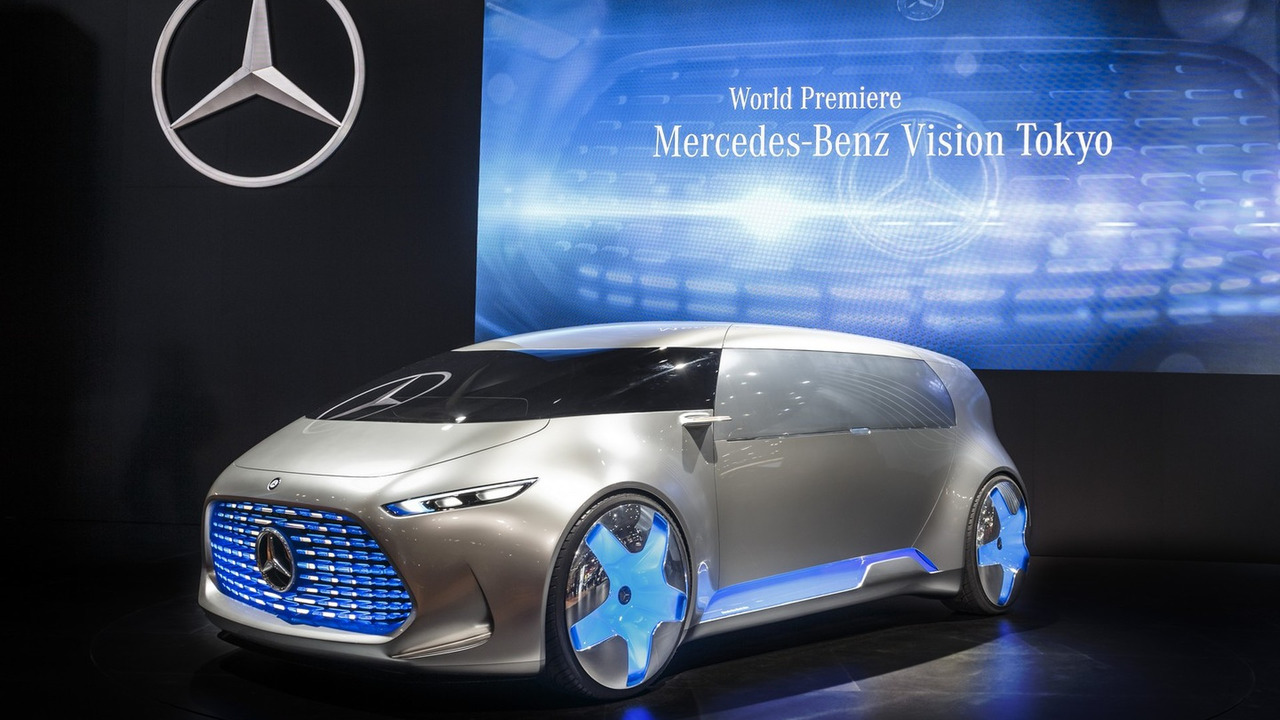 After a teaser released a couple of days ago, the Mercedes-Benz Vision Tokyo concept has received its online premiere and will debut tomorrow at the Tokyo Motor Show.

After a teaser released a couple of days ago, the Mercedes-Benz Vision Tokyo concept has received its online premiere and will debut tomorrow at the Tokyo Motor Show.

Perhaps the best way to describe the latest concept from Daimler is that it's a van equivalent of the F 015 Luxury in Motion and according to Mercedes-Benz it's a homage to the urban Generation Z - those who were born since 1995. It rides on a set of huge 26-inch wheels and together with the side skirts these are illuminated in blue while on the roof is a 360-degree camera along with a multitude of sensors to enable the concept to operate in an autonomous mode.

It doesn’t have a regular windscreen as the Vision Tokyo comes with a continuous stretch of glass paneling in the same vein as a powerboat’s glazed cockpit. The massive front grille can display a series of various lighting functions, including a sound pattern whenever music is played inside the cabin.

The concept is 4803 mm long, 2100 mm wide and 1600 mm tall and has received an upward-swinging door on the left-hand side which grants access to a spacious cabin that can host up to five passengers sitting on a large couch shaped like an oval. The interior is packed with big wraparound LCDs and there are also 3D holograms for the entertainment system, apps and maps.

Although the Mercedes-Benz Vision Tokyo concept boasts an autonomous driving system, manual control is still possible thanks to the steering wheel which switches its position from standby to driving while the driver’s seat is released from the center of the couch.

It uses the same hardware as the aforementioned F 015 Luxury in Motion and comes with CFRP hydrogen tanks and a high-voltage battery that can be recharged wirelessly. Its electric hybrid setup provides a total range of 980 km (609 miles), with 190 km (118 miles) coming from the energy in the battery while the other 790 km (491 miles) are provided by the electricity produced in the fuel cell.

Just like with the F 015 Luxury in Motion, the Vision Tokyo will remain strictly a concept.