Ferrari F12tdf spotted in the metal right before delivery 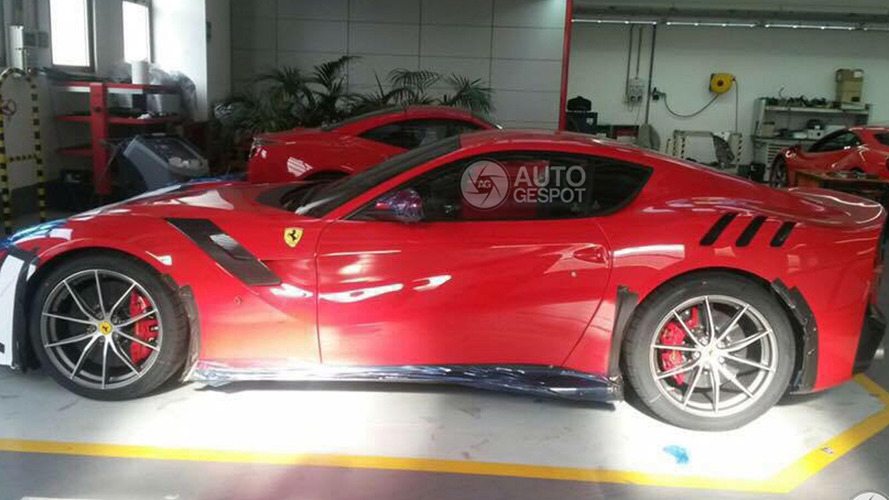 The Ferrari F12tdf (Tour de France) has been photographed in the metal getting ready for delivery.

The Ferrari F12tdf (Tour de France) has been photographed in the metal getting ready for delivery.

It was just a couple of weeks ago when Ferrari finally lifted the veil off the hardcore F12 Berlinetta and it seems one of the 799 units planned for production has already arrived at a dealership and probably by now the new owner is enjoying his new supercar that packs a mighty 780 PS (574 kW) from its upgraded V12 6262cc engine which has remained naturally aspirated.

While the press photos showed a yellow example, this F12tdf production car wears the more traditional red hue and as you can see some of the body parts have protection film to avoid scratches. It certainly looks more aggressive than a regular F12 and aside from getting more power it has also received a rear-wheel steering system and the revised body has boosted aerodynamic efficiency by up to 100%.

The F12tdf with its NA engine is certainly a dying breed in the world of supercars and most likely it will be considered as an investment as with time its value will only increase. This means many new owners will probably decide to buy it purely for business purposes and will refrain from using it a lot as this would lower its value.

Check out the source link below for additional images.

Gallery: Ferrari F12tdf spotted in the metal right before delivery