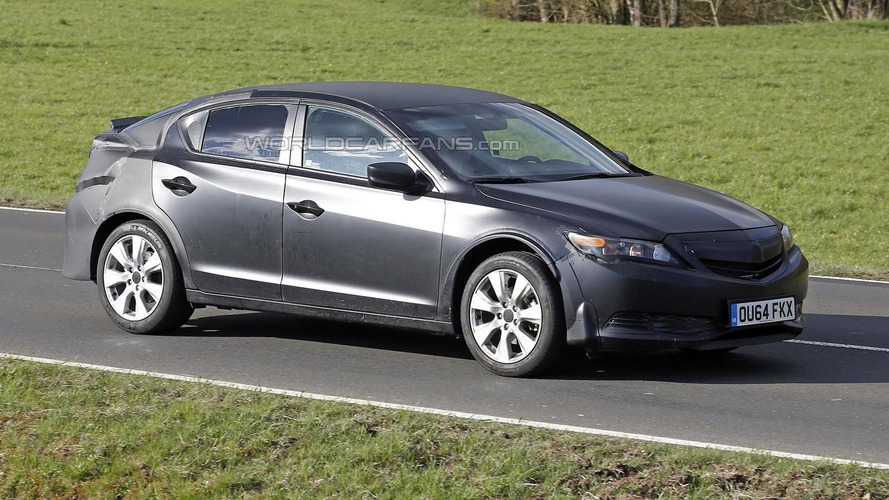 Honda has announced the next generation Civic in European specification will receive a newly developed three-cylinder, 1.0-liter turbocharged gasoline engine.

Honda has announced the next generation Civic in European specification will receive a newly developed three-cylinder, 1.0-liter turbocharged gasoline engine.

The all-new tenth generation Civic sedan will start hitting U.S. dealerships later this fall, but it won’t be until early 2017 when its European counterpart will reach the old continent in hatchback guise. Both of them are getting a brand new four-cylinder, 1.5-liter turbo engine which is expected to develop somewhere in the region of 173 bhp (129 kW) while the US-spec will also be offered with an upgraded version of the 2.0-liter naturally aspirated unit with around 158 bhp (118 kW). Now, Honda has announced the Euro version will also be offered with a smaller three-cylinder direct-injection 1.0-liter turbo that is being engineered from the ground up.

It will serve as the entry-level engine offering and will benefit from Honda’s array of Earth Dreams technologies which will enable the motor to provide “a combination of dynamic performance, class-leading output and excellent fuel economy.” The engine benefits from variable valve motion technology which reduces frictions and lowers fuel consumption while the turbocharger is described as being highly responsive and with a low moment of inertia.

Honda doesn’t say how much power the turbo-three unit will generate, but Autocar had the chance to drive a prototype of the 2017 Euro-spec Civic and they say it delivers 127 bhp (94 kW) and 148 lb-ft (200 Nm) to the front wheels through a 6-speed manual gearbox. In this configuration, Honda is targeting CO2 emissions of 99 g/km which translates into a fuel economy of 66 mpg UK (55 mpg US or 4.2 liters / 100 km). Keep in mind these are all preliminary figures at this point and will likely change a little bit once the production-ready Civic will go on sale in Europe at the beginning of 2017.

Production of the Euro version will take place at Honda’s UK factory in Swindon where they are investing €270 million to get it ready for the new Civic.