Nissan teases new concept for Tokyo that could preview next Leaf 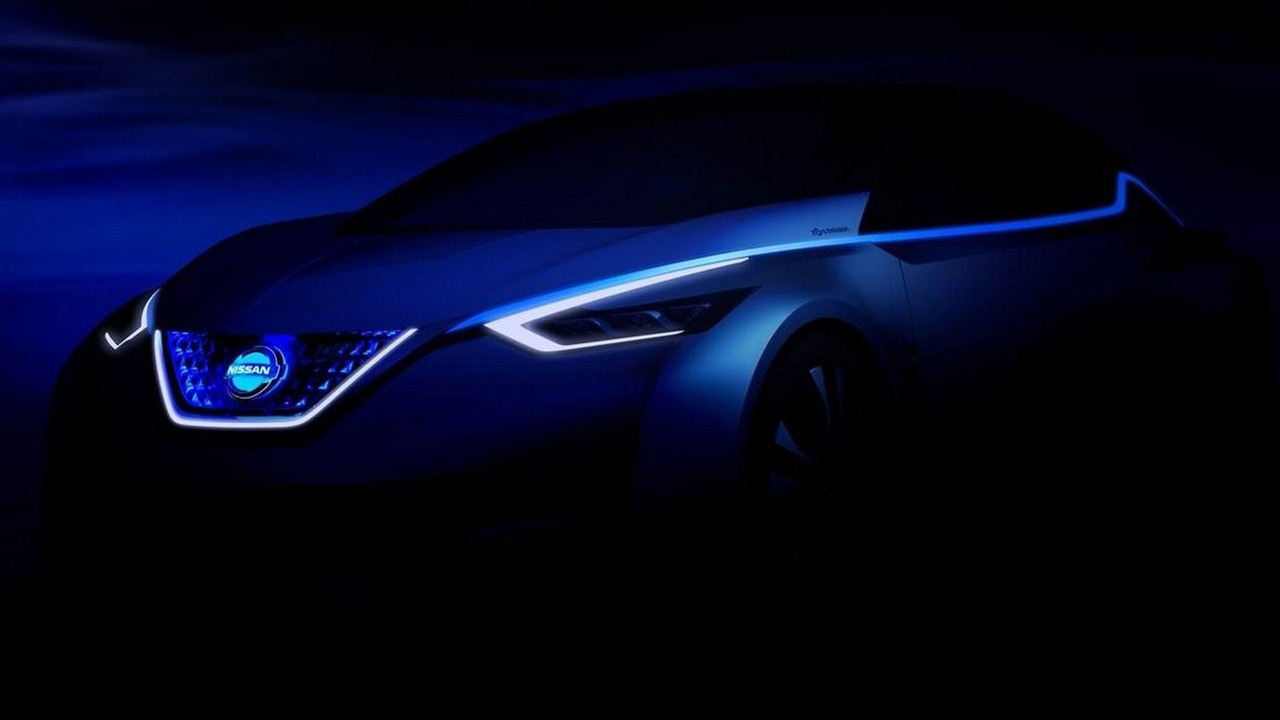 Nissan has released a teaser image of their brand new concept set to premiere next week at the Tokyo Motor Show.

Nissan has released a teaser image of their brand new concept set to premiere next week at the Tokyo Motor Show.

Described as representing Nissan’s “future vision of car intelligence and electrification”, the mysterious concept is probably a sneak preview of the second generation Leaf EV set to come out sometime in 2017. The vehicle teased here appears to take the shape of a compact hatchback and given its motto, it likely comes with a pure electric powertrain, numerous safety & assistance systems, a high-tech interior and possibly some type of autonomous driving technology.

There was a report back in September about a Tokyo-bound Leaf II-previewing concept, so there are enough reasons to believe this will indeed be a taste of what’s to come regarding Nissan’s fully electrified Leaf which is said to utilize a new generation of batteries providing a maximum range of up to 248 miles (400 km). If that will turn out to be true, it’s going to be a massive range boost compared to the current Leaf which recently received a 30 kWh battery pack that has enough energy for as much as 155 miles (250 km/h).

Nissan apparently has plans for a broader Leaf lineup which among others will include a crossover and there also might be an Infiniti-badged sedan.

Gallery: Nissan teases new concept for Tokyo that could preview next Leaf