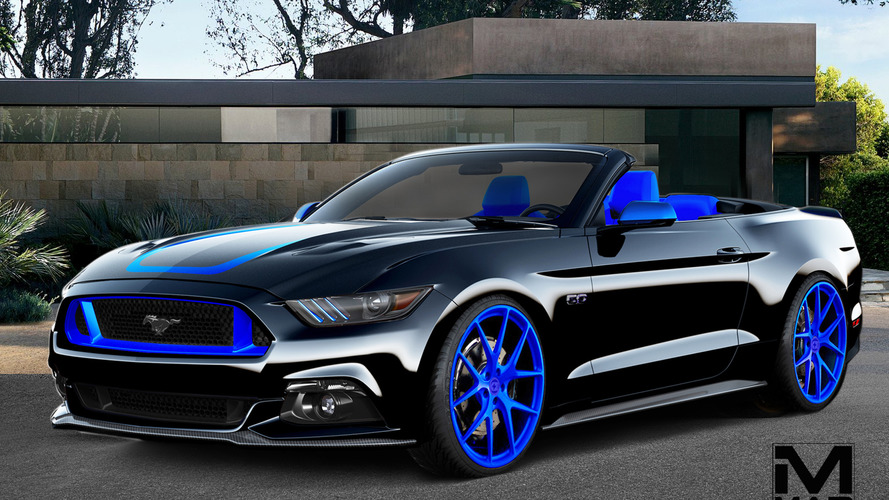 Perhaps the most eye-catching example is the DRAGG Mustang which is being billed as the "sexiest police vehicle you will see outside of Dubai."  It features a black and white exterior, a carbon fiber body kit and 20-inch Velgen VMB7 wheels with Nitto Invo tires.  The model also has a custom push bar, a police lighting package and a police communications system.

On the performance front, the model has been equipped with a Vortech Engineering intercooler, an AIRAID intake and Wilwood brakes.  There's also an Air Lift performance suspension and "BAMA tuning" by American Muscle.

Another highlight is the Bisimoto EcoBoost Mustang which features a custom body kit, a coilover suspension and 19-inch Fifteen52 Tarmac with Toyo R888 tires.

Bigger changes occur under the hood as the2.3-liter EcoBoost four-cylinder engine has been equipped with a Turbonetics BTX7668 turbocharger, forged billet pistons, a new camshaft and a custom exhaust.  The engine also features upgraded fuel injectors, new fuel rails and a MagnaFuel 750 fuel pump.  Other highlights include a Spearco intercooler and an Infinity 6 ECU.  Thanks to all these modifications, the engine will produce 900 bhp (671 kW).