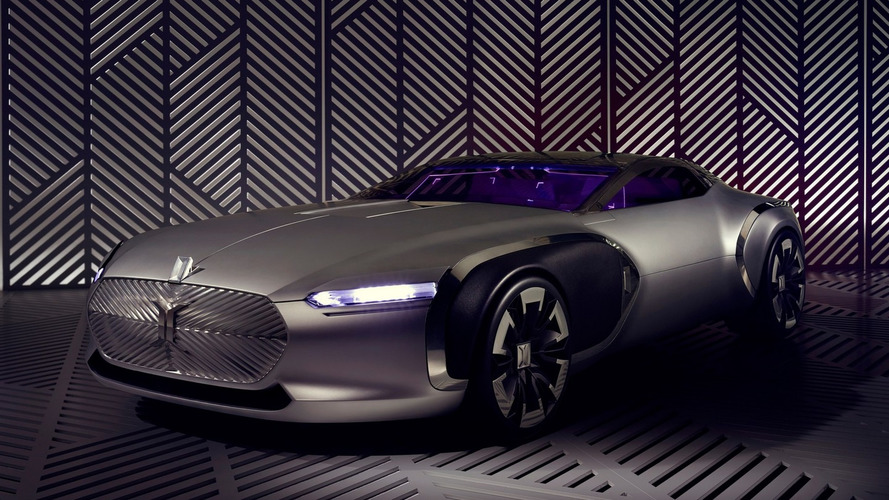 Renault has taken the wraps off the striking Coupé Corbusier concept which commemorates 50 years since the death of well-known architect Le Corbusier.

Renault has taken the wraps off the striking Coupé Corbusier concept which commemorates 50 years since the death of well-known architect Le Corbusier.

Don’t get your hopes up too high as Renault clearly says they don’t have any plans to turn the concept into a production car as the vehicle is just a styling exercise. The designers were allowed to have “more leisurely moments” when working on the concept.

We are looking at a very sleek coupe with a significantly long hood, prominent front grille and a narrow glasshouse. It looks very muscular from the sides thanks to the bulging wheel arches and appears quite spectacular when the dihedral doors are opened.

Renault isn’t saying a word about what powers the concept, but given this is just designer play, most likely it lacks a powertrain. We also don’t have photos of the interior cabin which probably follows the same theme as the exterior, so expect a futuristic layout with lots of touchscreen displays replacing the conventional physical controls.

Renault mentions the Coupé Corbusier concept is currently on display at the Villa Savoye in Poissy, France as part of an exhibition entitled “Des voitures à habiter: automobile et modernisme XXe-XXIe siècles” (“Cars for living: the automobile and modernism in the 20th and 21st centuries”) which will close its doors on March 20, 2016.