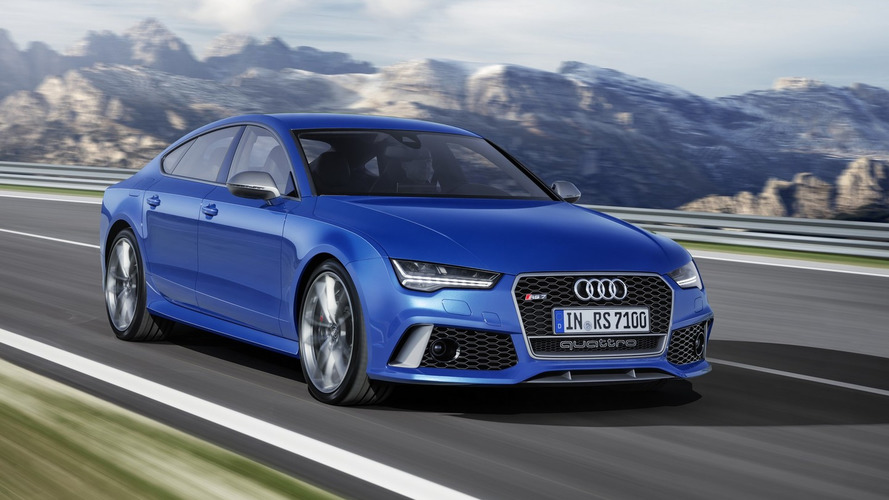 The Audi RS6 Avant and RS7 Sportback are now available in a stronger “performance” version.

The Audi RS6 Avant and RS7 Sportback are now available in a stronger “performance” version.

Audi and its quattro division managed to extract 45 PS (33 kW) more power from the TFSI 4.0-liter V8 by applying a new engine management system with higher rpm and boost pressure. The engine continues to feature the cylinder on demand (COD) system, so whenever the car is under partial load it will run on just four of the cylinders to save fuel. Speaking of which, the RS6 Avant consumes 9.6 liters / 100 km (24.5 mpg US) whereas the RS7 Sportback needs 9.5 liters / 100 km (24.8 mpg US).

Aside from packing more punch, the cars now come with a revised version of the 8-speed tiptronic in charge of sending all those ponies to the quattro permanent AWD system that normally sends 40% of the power to the front wheels and 60% at the back, but the distribution will change depending on a number of variables like grip and speed. As standard, the cars have a center differential but can be optionally equipped with a sport differential on the rear axle with active torque distribution between the inside and outside wheel.

There’s also an adaptive air suspension lowering both the RS6 and RS7 by 20 mm while at an additional cost you can order the dynamic steering system benefiting from a continuously variable steering ratio. The cars ride on bespoke 21-inch alloys wrapped around in 285/30 tires on the RS6 and 275/30 rubbers for the RS7 and are backed by four ventilated disc brakes or optional carbon fiber ceramic discs.

In terms of styling, not much has really changed but we do mention the sportier front bumper with bigger air inlets along with a glossy black honeycomb grille while the back hosts a more aggressive diffuser. Other novelties include an optional Ascari Blue exclusive and some interior cabin tweaks like RS sport seats, Alcantara/leather upholstery with honeycomb pattern, carbon trim and a new look for the instrument dials that now have black faces, white dials and red needles.

As for pricing, the Audi RS6 Avant performance begins at €117,000 in Germany where the RS7 Sportback performance starts at €121,700, with both models slated to hit dealerships next month.