Volvo V90 leaks out in full thanks to official scale model 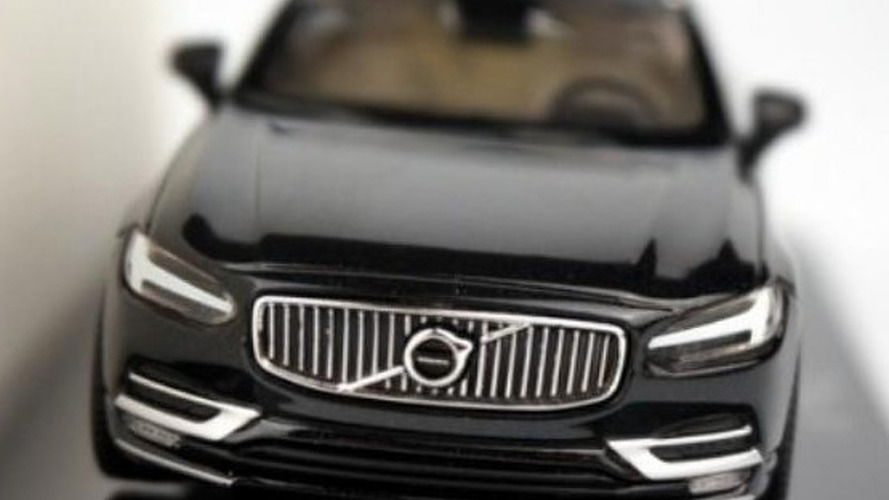 The Volvo V90 is making an early and unexpected debut courtesy of an official scale model.

Almost a year ago, Volvo promised the all-new S90 will eventually spawn a wagon version inspired by the stunning Concept Estate and now a licensed scale model reveals how the design will be translated into the production car which will receive the V90 moniker. Chances are this scale model has the same story as the one for the S90, with a Volvo employee "borrowing" it to make pictures and post them online.

There aren't really any surprises in terms of design as the front fascia appears to be taken from the S90 while the rear end with those massive taillights is clearly inspired by the aforementioned Concept Estate. As you would expect from a wagon, the V90 will get roof rails and this scale model also has a double sunroof and a roof-mounted spoiler hosting the third brake light.

Photos of the cabin are not available in this set, but a few days ago our spies spotted an S90 prototype with an undisguised interior and we expect the V90 to have virtually the same layout which will have a lot in common with the second generation XC90.

The S90 sedan will be the first to come out before the end of the year in China and will be followed by other markets in 2016 while the V90 will probably be out towards the end of next year.