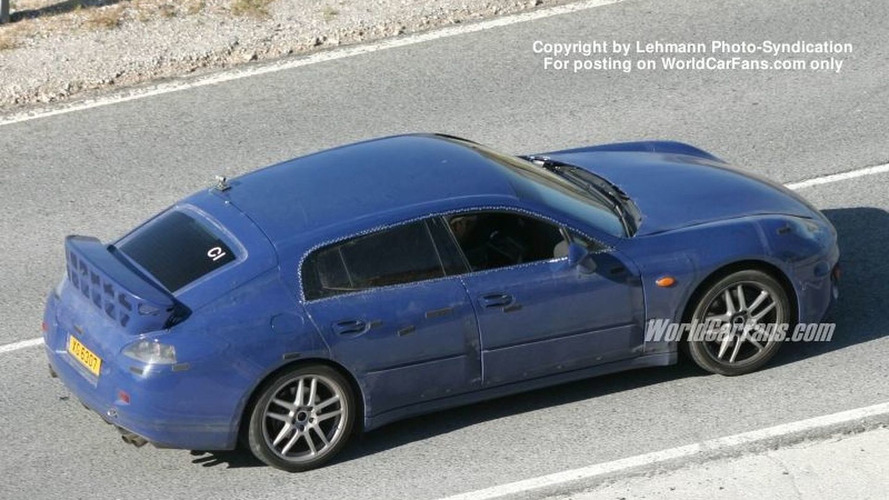 A prototype for Porsche's upcoming all new four-door coupe "Panamera" is currently being tested for the first time at NÃƒÆ’Ã†â€™Ãƒâ€šÃ‚Â¼rburgring as well as in the south of Spain.

A prototype for Porsche’s upcoming all new four-door coupe “Panamera” is currently being tested for the first time at Nürburgring as well as in the south of Spain.

The new model will be released in spring 2009 at the Geneva Motor Show allowing Porsche enough time for a meticulous development of its fourth model range before market introduction.

Panamera is set to meet the competition of four-door coupes like the Mercedes CLS, which is on the market and of which 24,000 cars have been sold already. Simultaneously, Volkswagen is developing a four-door Passat Coupe, and Aston Martin premièred a four-door coupe concept named Rapide at the last Detroit Motor Show, which caught a lot of attention and is likely to go into production.

Porsche’s Panamera is going to be assembled in Leipzig, Germany thus creating 600 new jobs. The body will come from the Volkswagen plant in Hannover and the engines will come from Porsche’s home base in Stuttgart. Plans are to produce 20,000 units per year from 2009 on.

Initially the front-engined “family” Porsche will come on the market with an 8 cylinder 350hp engine and/or with a biturbo engine delivering 560hp. A lesser costly version will be powered by a 3.5 litre 300 HP fuel engine which is already being used in the Cayenne, four-wheel-drive is standard equipment. The top-of-the line Panamera gets the 10 cylinder 700hp engine coming from the Porsche GT. Seen in the attached photos this engine is currently being tested by Porsche under the body of a BMW 5-Series station wagon.

Furthermore Porsche and Volkswagen are developing a Hybrid version of the Panamera using a 6 cylinder fuel engine combined with a 60 kW electric engine.

The photos are showing a blue prototype of the car and a test mule equipped with a V10 engine under the body of a BMW wagon during tests at Nürburgring. For completion two previously published computer images are also showing.