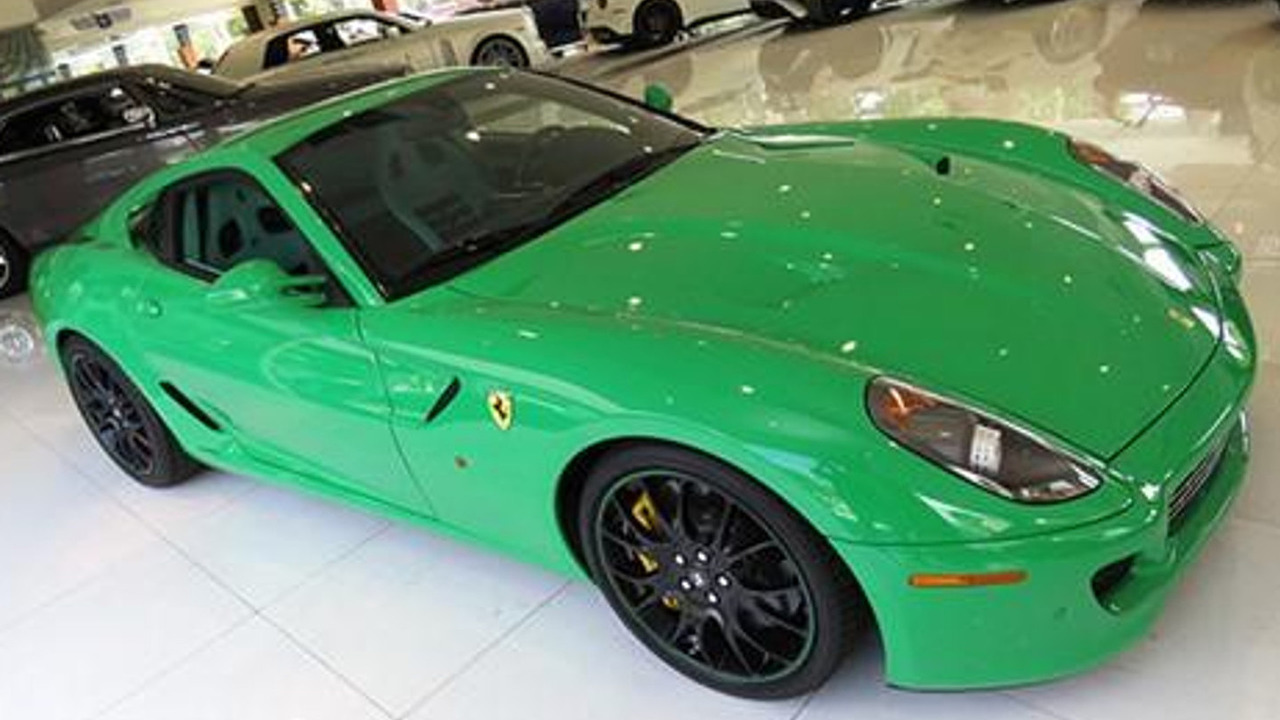 A striking Signal Green Ferrari 599 GTB Fiorano from 2007 is up for grabs at Fort Lauderdale Collection in Florida.

A striking Signal Green Ferrari 599 GTB Fiorano from 2007 is up for grabs at Fort Lauderdale Collection in Florida.

The F12's precursor is a rare car by definition as there aren't that many on the streets, but this Signal Green example is even more exclusive due to the striking paint which according to the listing was a custom order and hasn't been applied on any other car. It's equipped with the F1-derived gearbox (some cars came with a manual) and has a Green Black Alcantara interior while the odometer shows only 1,601 miles (2,576 km). It appears to be in top notch condition and the seller says at the time of the purchase it was one of the most equipped unit.