BMW M2 Convertible already rendered, but will they make it? 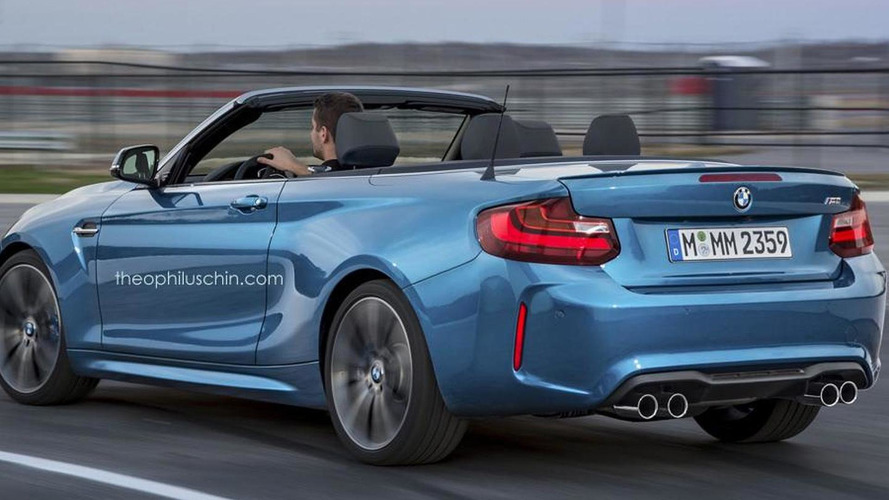 Revealed only a couple of days ago, the first ever BMW M2 Coupe has already lost its roof courtesy of several renders envisioning a potential Convertible variant.

Revealed only a couple of days ago, the first ever BMW M2 Coupe has already lost its roof courtesy of several renders envisioning a potential Convertible variant.

The 1-Series M Coupe never got a convertible transformation, so we are wondering if its successor will have the same fate or BMW will eventually create an open-top version which will likely end up looking a lot like in these speculative renders. Even if by any chance an M2 Convertible is baking in the BMW oven, the roofless model won't come out sooner than 2017.

It will likely be a tad slower than the coupe due to a higher weight commanded by the more complex roof and the necessary reinforcements, as seen in the M4 Convertible & M4 Coupe comparison where the convertible is 253 kg heavier than the coupe (1,750 kg vs 1,497 kg), causing a 0.3s difference between the two in the 0-62 mph (0-100 km/h) sprint. If we were to extrapolate this gap to the M2 Coupe & M2 Convertible, the latter will do the sprint in 4.6 seconds when equipped with the optional seven-speed DCT.

If green-light for production, the BMW M2 Convertible will obviously be more expensive than the M2 Coupe which in Germany kicks off at €56,700, so the starting price would go well beyond the €60,000 mark.