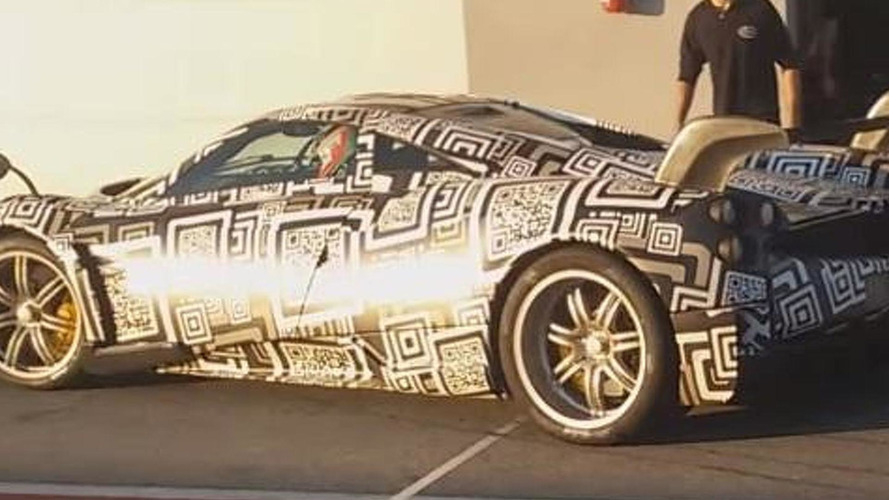 A heavily camouflaged prototype of what appears to be a hardcore version of the Pagani Huayra has been filmed testing.

Obviously, the most notable new feature on that prototype is the massive carbon fiber rear wing at the back, while other visual changes could have also been applied but remain in secret thanks to the camouflage.

You can also hear the machine, spotted at the San Martino del Lago track in Italy, has quite different engine sound compared to the standard Huayra, which could mean some improvements lay under the hood as well.

Word on the street says that the vehicle could have around 800 PS (588 kW) and will likely be revealed during the Geneva Motor Show next year. Tentatively called Huayra SE, the hardcore version will probably cost around 2.5 EUR million and be limited to 20 cars.