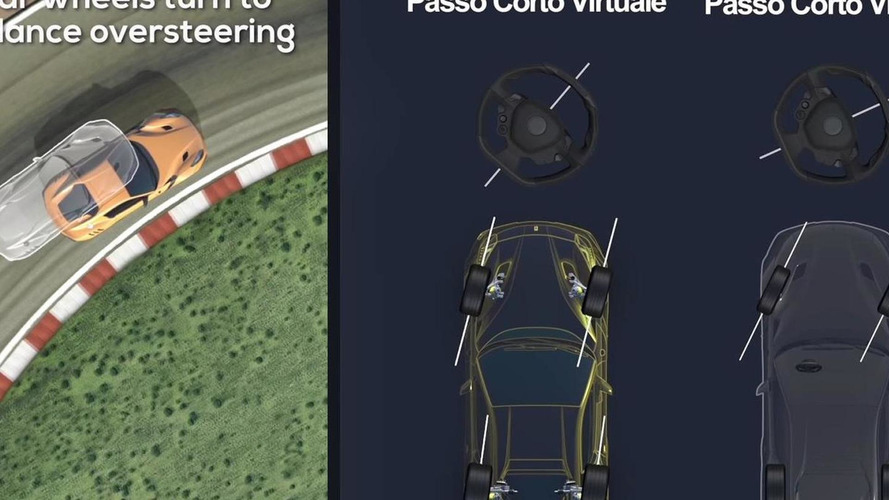 After showing us the F12tdf's upgraded V12 engine yesterday, Ferrari is back with a new video demonstrating the rear-wheel steering system.

After showing us the F12tdf's upgraded V12 engine yesterday, Ferrari is back with a new video demonstrating the rear-wheel steering system.

Known as the Virtual Short Wheelbase (Passo Corto Virtuale), Ferrari's newly developed rear-wheel steering system is making its debut on the F12tdf and aims to increase the supercar's stability during high-speed cornering and it also makes it more responsive. The new hardware uses a model-based control logic which automatically adjusts the rear wheels based on the vehicle's speed, steering input and the steering angle of the front wheels.

This has allowed Ferrari install wider front tires (275 compared to the F12 Berlinetta's 255) and a bigger front channel size (from 9.5" to 10") without the risk of increasing oversteer which would have happened if the F12tdr came without the rear-wheel steering setup.

The car's price tag is still shrouded in secrecy, but given the massive improvements and limited availability (799 cars), it will be substantially more expensive than the standard F12.