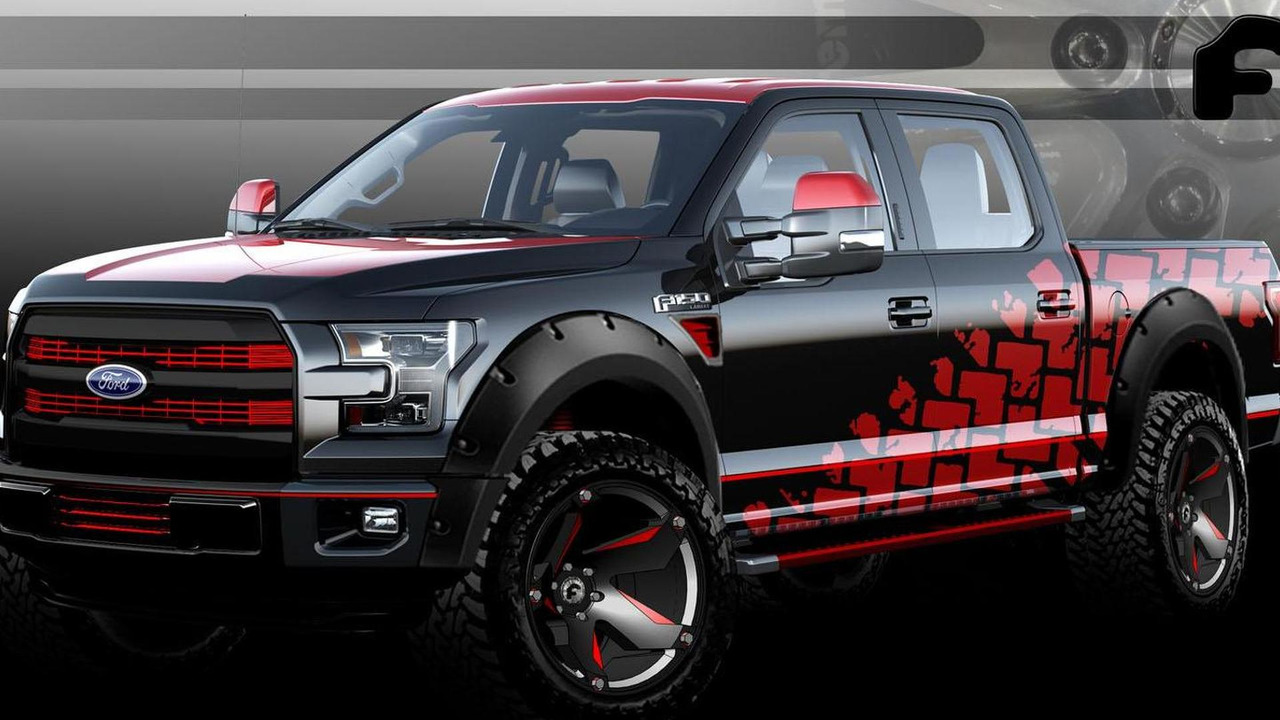 Since that's a lot of cover, we'll be focusing on the best looking truck which is the Forgiato F-150.  It feature a black and red exterior with red grille inserts, extended fender flares and power retractable side steps.  The model also has Fab Four bumpers, a Rancho 6-inch lift kit and 24-inch Forgiato Terra wheels with meaty Nitto tires.  There's also a tonneau cover and a custom Alea Leather interior.

Under the hood, the 5.0-liter V8 engine has been equipped with a Whipple supercharger.  Ford declined to release specifications but the standard engine produces 385 bhp and 387 lb-ft of torque.